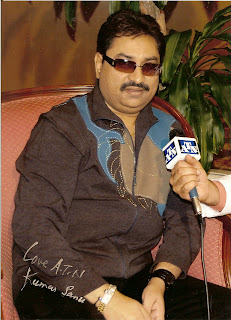 During the last 3 days, Mir Afsar Ali, called the singers Kumar Shanu, Surojit Banerjee and Silajit on 3 separate shows of Mirakkel program in Zee Bangla Channel. Singer Shilajit confessed that the first interview that he ever gave was an interview before Mir Afsar Ali.

Surojit Banerjee of famous Bhumi Band, had disclosed the fact that very recently Mir Afsar Ali had sung a song under his composition. The judges Paran Banerjee, Rajatavo Dutta, and Srilekha Mitra were very delighted because everyone knew that Mir used to sing very well.

Surojit Banerjee was also very impressed with the performance of Apurbo Roy who performed a role of football coach. He gave a social message, that entry of foreign players in Bengal circuit had reduced the motivation of local Bengali footballers who also require patronage.

Kumar Shanu told the truth that he was given the first chance by eminent ghazal singer Jagjit Singh. When Kumar Shanu used to sing in hotels in Mumbai, Jagjit Singh took him to Kalyanji Anandji’s studio and made him record his song. As Jagjit Singh died very recently, Shanu said that he would never forget the contribution of Jagjit Singh in his life.

Kumar Shanu also disclosed the story of his recording of 28 songs on one day. He was going abroad in relation to musical cause. He called up all the composers in one studio and asked them to bring them and he went one recording one after the other. He sang the song “do dil mil rahe hai”, “sason ki zarurat hai jaise”, etc.
Posted by Souvik Chatterji at 7:45 AM