The horror created by Hollywood film Cuzo was very unique.

The horror created by Hollywood film Cuzo was very unique.

The horror effect created by Hollywood film Cuzo was very unique. The film had been directed by Lewis Teague in 1983 based on the novel Cuzo written by Stephen King.

In the film the dog Cuzo was bitten by bats having rabies and it got the disease itself. Dee Wallace was married to Daniel Hugh Kelly. They had one small son played by Danny Pintauro. Dee Wallace had an affair with her ex-boyfriend in the film. Billy Jacoby, the son of motor mechanic had friendship with the dog Cuzo.

Both Billy Jacoby and his mother went to Connecticut to visit his mother’s sister. During that time Cuzo being infected with Rabies killed his father and one of his friends. Daniel Kelly went out of station when the car of Dee Wallace created problems and had to be brought to the same garage where Cuzo stayed. The mother and the child were attacked by Cuzo. Dee Wallace closed the window glass and got respite but that was only for few hours. They had to stay in the car locked for more than a day.

The boyfriend of Dee Wallace came to their house and ransacked it. Daniel Hugh Kelly came back and complained before the police. The boyfriend was arrested. The sheriff came to the garage and got killed by Cuzo. At last Dee Wallace gathered courage and fought with Cuzo with a heavy stick and then shot it with the Sheriff’s gun. Daniel Hugh Kelly arrived in the last scene. 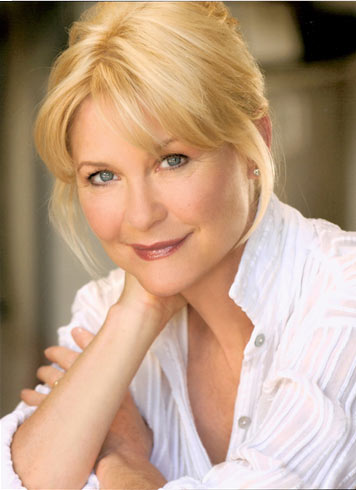 Dee Wallace
Excellent performance of Dee Wallace and Danny Pintauro require special mention. Their extreme struggle against the violent dog looked absolutely natural and realistic. The film did excellent business. The film should be preserved and restored.
Posted by Souvik Chatterji at 9:12 PM