Superstar Shahrukh Khan’s Don 2 got opening of 46 crores in the first weekend.

Superstar Shahrukh Khan’s Don 2 got opening of 46 crores in the first weekend.

Superstar Shahrukh Khan’s Don 2 got an opening of 46 crores in the first weekend. From the trend of success in India and overseas it is presumed that Don 2 is going to be bigger grosser than Ra One but smaller grosser than Bodyguard. The King had been back. Shahrukh Khan impressed the audience with his brilliant performance in the film Don 2. Don 2 had been the sequel of Don – the chase begins. Farhan Akhtar had directed the film. It had been produced by Farhan Akhtar, Shahrukh Khan and Ritesh Sidhwani. The music had been composed by Shankar Ehsaan Loy.

In the film Shahrukh Khan was chased by European drug cartelists who wanted the Don dead. He was selling drugs at a lower cost in Thailand and other nations and destroying their business. So Shahrukh Khan surrendered before Om Puri and Priyanka Chopra in Malaysia. In Malaysia he was given death sentence and imprisoned in the same jail where Boman Irani was imprisoned.

Shahrukh Khan and Boman Irani escaped from prison and went to Switzerland. There they blackmailed Aly Khan by showing a videotape relating to killing of a competitor and got the code related to printing plates of money printing bank. Aly Khan hired assassins to kill Shahrukh Khan who instead compelled them to work for him.

In the film Priyanka Chopra and Lara Dutta did well, but Lara Dutta was not used to her potentiality. Kunal Kapoor, Boman Irani, Om Puri and Aly Khan did very well. The music was mediocre.

But Farhan Akhtar’s action sequences were excellent and Shahrukh Khan was at his best. With a bumper opening there is no doubt that Don 2 is going to do business more than 100 crores. It is yet to be seen whether it at all is going to break the record of Salman Khan’s Bodyguard. 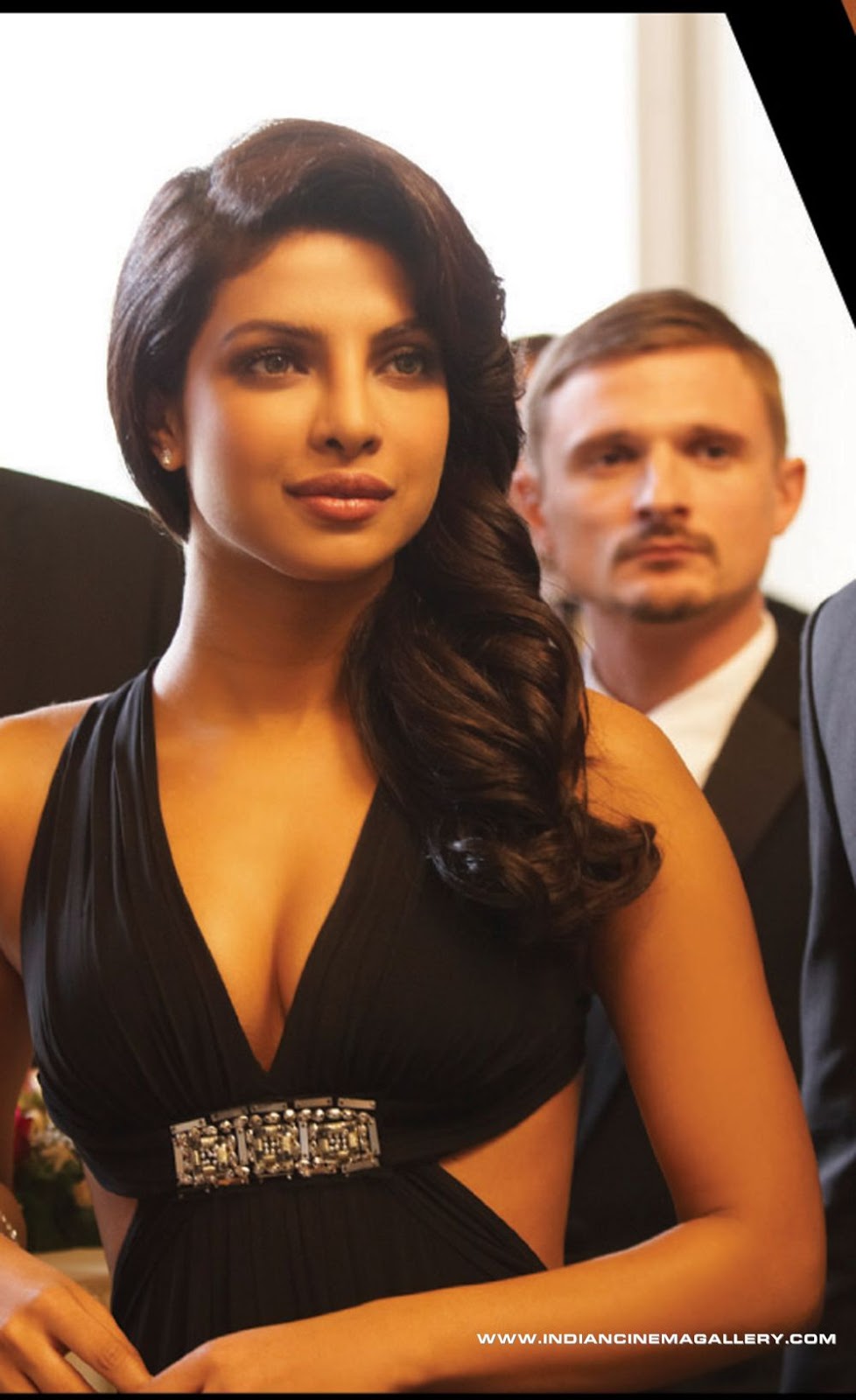 Priyanka Chopra in Don 2.
Posted by Souvik Chatterji at 7:18 AM