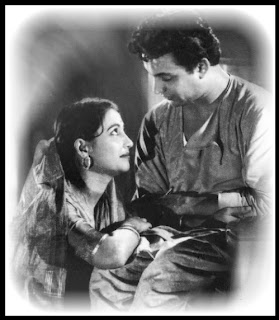 Uttam Kumar acted in other films of Agradoot namely Anupama in 1954 opposite Sabitri Chatterjee, Nayika Sangbad in 1967 opposite Anjana Bhowmick, Choddobeshi in 1971 opposite Madhabi Mukherjee, to name a few. At the same time Agradoot made realistic films which became award winning Bengali films. One of the examples included the film Lalu Bhulu in 1958. The film was related to two boys one being blind and the other being handicapped. Their story mesmerized the audience. The music composed by Robin Chatterjee in that film was excellent and Manobendra Mukherjee’s songs were classical in nature including “jar hiya akasher neel nilimay”, “sorjo tomar prothom toron kholo”, “dukher pathe naamly Jodi”, “dukkho amar shesh kore dao probhu”, “ei pranjharona jaaglo”, to name a few. The film was remade in hindi with the title Dosti which also became super hit.

One article is too small to highlight the achievements of Agradoot. They had shaped the destiny of Bengali celluloid during 1950s and 1960s. Their films should be preserved and restored.

Posted by Souvik Chatterji at 7:43 AM