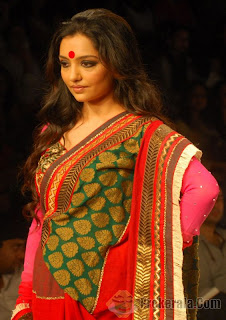 Sudipa Mukherjee sang the song “pyar kabhi kam nahi karna” for Mithun Chakravarty and said that she had seen the film Prem Pratigya 18 times due to the brilliance of Mithun Chakravarty. Rajatavo Dutta said that Subhashis Mukherjee, who was later known as a comedian, was the best actor ever to play the role of Jayasingha in Rabindranath Tagore’s play Bisorjon which was a serious role.

In the Quick or Quack, Sudipa Mukherjee answered maximum number of answers. Mithun Chakravarty said he was neither bangal or ghati but BATI meaning Bengali and Truly Indian. Mithun Chakravarty was excellent in anchoring the program with the celebrities.
Posted by Souvik Chatterji at 6:39 AM