The viewers of bollywood films wish happy birthday to Dilip Kumar, better known as Tragedy King on 11th December, 2011. After the death of evergreen star Dev Anand, few days back at the age of 88 years, Dilip Kumar is the only living legend still in right humour who had adorned the golden age of Indian cinema. An institution by himself, Dilip Kumar had been a torch bearer in the world of romantic acting for the last 72 years. Born in 1922, Yusuf Khan, one of the greatest actors of bollywood films of all times had created new dimensions at every decade with his unique style of acting.

Even during the 80s, his character roles created new dimension in bollywood films. His performance in the film Mashal, Masdoor, Shakti, Karma, Vidhata had inspired the new generation of actors like Anil Kapoor, Rishi Kapoor, Sanjay Dutt and others. He has the record of getting the filmfare award for the best actor for the maximum number of times ( 8 times ) which had not been broken by even Shahrukh Khan till now.

He received the highest civilian award given by Pakistan, Nishan –e- imtiaz which was previously received by only one Indian, that is the former Prime Minister Morarji Desai. He had also received Dadasaheb Phalke award for his contribution in bollywood films. It is not possible to highlight the contribution of the legend of legends in a small article, as he had created an image which made him indispensable over 70 years in bollywood films.

Yet his journey is not over. Even in the present age directors like Subhash Ghai engage him with his new projects these days. The viewers want Dilip Kumar to continue acting in bollywood films if his health permits. Viewers had got addicted to his soft tune of dialogue throwing and want him to reproduce the magic again. 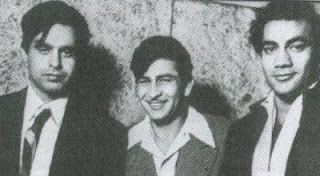