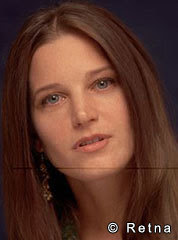 The film Lake Placid, directed by Steve Miner and released in 1999 had amazed the viewers with the high quality of photography. It was written and produced by David Kelly.

An officer of Maine Fish and Game researching American beaver populations was attacked and beaten into half by something unknown. After finding a tooth in the diver’s remains and assistance was asked for from Natural History Museum in New York city. Paleontologist Bridget Fonda got the job as her superior officer with whom she had an affair wanted her away for sometime.

Upon arriving in the spot, Bridget Fonda informed Fish and Game Officer Bill Pullman and Brendon Gleeson who himself witnessed the attack. They also met an old woman played by Betty White who confessed that she had killed her husband when she was asked about the reason of his death. Her confession showed that by killing her husband she had helped his cause. An eccentric mythology Professor named Oliver Platt came there who said that the creature which killed the diver was a crocodile.

He hanged a cow from a helicopter. The crocodile disturbed the helicopter and then attacked Bridget Fonda and Oliver Platt in the shores. Bill Pullman shoots the crocodile with a tranquilizer rifle. As Oliver Platt came out of the water a second crocodile attacked him. Brendon Gleeson blew it up with his Grenade Launcher. Florida Fish and Game Officers appeared and took the crocodile on a truck. In the last scene Betty White was shown feeding the child crocodiles implying that the two crocodiles previously met together.

The performances of Oliver Platt, Bill Pullman, Brendon Gleeson, Bridget Fonda were excellent. The direction was equally brilliant. Although the story was full of fiction, yet the viewers were entertained by the high quality of photography and powerful direction. The viewers were amazed and shocked at every level. Due to the immense success of the film Lake Placid 2 and Lake Placid 3 was also made in Hollywood. The film should be preserved.

Posted by Souvik Chatterji at 5:26 PM