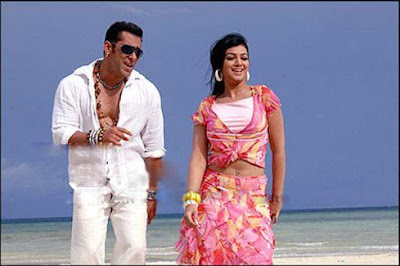 Salman Khan had a soft start of 2009. His film Mai Aur Mrs Khanna did average business. The brilliant shooting in different parts of Australia and melodious music failed to create the magic created by Salman Khan in the 90s with films like Jab Pyar Kisi Se Hota Hai. After Mai Aur Mrs Khanna, Salman Khan relied a lot on his next action film Wanted.

Wanted was the remake of the 2006 Telegu film Pokiri. It was directed by Prabhudeva, and was very successful back in South India. The hindi version had also been directed by Prabhu Deva. Boney Kapoor had been the producer of the film. In the hindi version, Salman Khan had been projected as a fearless person, who had worked under the mafia don Prakash Raj. His ruthlessness changed altogether when he met Ayesha Takia.

Salman Khan’s affair with Ayesha Takia completely changed his personality. Previously he was shown as an ill-tempered person who had used his ammunition whenever he had slightest disputes. He became more reasonable after spending time with Ayesha Takia.

Ayesha Takia tried her best to take away Salman Khan from the underworld. A time came when she faced Prakash Raj and spoke with him. She neither supported him nor agreed to his deals. Even she declined to work for him.

The rest of the film was related to the consequences of the refusal of Ayesha Takia to work for the mafia don. After a long time Salman Khan had acted in an action film. His previous films like Veergati, Auzaar, etc. were different from the present film.

Ayesha Takia was very impressive in her individual role. Other performers also did well in the film. There was concern that very few action films had done good business in the last 3 years. In that respect it was very risky on the part of Salman Khan to sign an action film. Even then the film had the elements of entertainment and was well received by the audience. Vinod Khanna did well in a small role. The success of Wanted and London Dreams revived the stardom of Salman Khan who was considered to have equal box-office like that of Shahrukh Khan few years back.
Posted by Souvik Chatterji at 6:02 PM