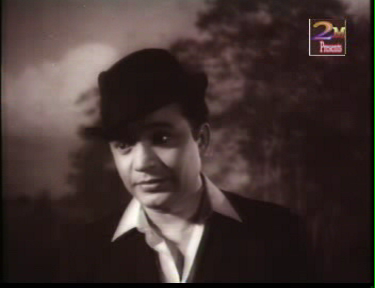 Uttam Kumar was matchless in Sakher Chor. The film did excellent business in the early 60s. The film was directed by Prafulla Chakravarty.

Uttam Kumar played a bet with his friends to steal an item from a renowned person’s house. If he could establish himself as a thief he would win huge sum of money. He required a person to do it. He used Bhanu Banerjee to do it.

Basabi Nandi was supposed to be married to Tarun Kumar, the nephew of Chabi Biswas. Chabi Biswas called a lot of visitors in his place to celebrate the engagement ceremony of Tarun Kumar with Basabi Nandi. Uttam Kumar, Kamal Mitra and others were invited.

Tarun Kumar on the other hand never wanted to marry Basabi Nandi, but could not say it before Chabi Biswas. He told everything to Uttam Kumar. He made his work easy.

Uttam Kumar had the uphill task of explaining the situation to Kamal Mitra. He told the entire story about his bet with his friends. Kamal Mitra wrote a letter to Uttam Kumar and went away from the place.

The film did not have any significant twist and turn. Inspite of everything it got box-office due to sheer brilliance of Uttam Kumar. He reached a level of excellence from where he could pull on any film on his own shoulders. Had Uttam Kumar acted in equal number of bollywood films he would have become a superstar of excellence at the same level as that of Raj Kapoor or Dilip Kumar. The film should be preserved.
Posted by Souvik Chatterji at 5:27 PM