Uttam Kumar showed his excellence in his last film Ogo Bodhu Sundari too. 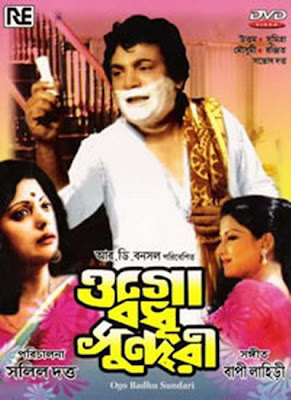 Uttam Kumar showed his excellence in his last film Ogo Bodhu Sundari too.

Uttam Kumar played the main role in Pijush Bose’s film Ogo Bodhu Sundari based on Bertrand Russell’s classic literature Pygmalion. He was married to Sumitra Mukherjee in the film. She met Meenakshi Goswami and her new husband Haradhon Banerjee in parties. Uttam Kumar brought Moushumi Chatterji from the streets and taught her Bengali and English.

Uttam Kumar’s assistant Santosh Dutta told him that it was not possible to reform Moushumi Chatterji as she spoke absolutely rustic language. She used to show games with two monkeys on streets. Uttam Kumar taught her horse riding, motor driving, swimming and made her modern.

Sumitra Mukherjee got irritated with Uttam Kumar and went to her grandfather Bikash Roy’s house. Her brother Ranjit Mullick fell in love with Moushumi Chatterji. Uttam Kumar proved that if proper training is given to even an uneducated person, that person can be trained.

Bappi Lahiri composed music for the film and all the songs of Uttam Kumar were sung by Kishore Kumar. The songs like “shudhu tumi nou abalakanto”, “ami ekjon shantoshishto”, “ei to jiban” became super hit. The most striking factor was that it was Uttam Kumar’s last film. He was in his 50s. Even then his glamour and dynamism still played a huge role.

The coloured film became super hit due to sheer brilliance of Uttam Kumar. The comedy sequences in the film were well portrayed by Moushumi Chatterji, Santosh Dutta and Sumitra Mukherjee. It is sad that Uttam Kumar died at such an age, otherwise he could have given super hits for more years later.
Posted by Souvik Chatterji at 1:42 PM