The Three Idiots will entertain the viewers. 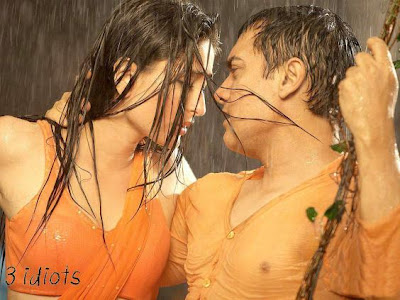 The Three Idiots will entertain the viewers.

The story of the film was related to Chetan Bhagat’s novel Five Point Someone, and the production was controlled by Vidhu Vinod Chopra. In the film Madhavan and Sharman Joshi recollected an old bet they were involved with. The bet was related to a wedding that they would have crashed into and a funeral which went out of control.

They searched their college friend Amir Khan who was involved in an affair with Kareena Kapoor and also was rebuked by Boman Irani. After the college days, all of a sudden, Amir Khan disappeared. Madhavan and Sharman Joshi could not trace him.

The music of the film had been composed by Shatanu Moitra who had followed up his successes in Parineeta and Lage Raho Munnabhai. The main songs which were catchy include “all izz well” sung by Sonu Nigam, Shaan and Swanand Kirkire, “behti hawa sa tha who” sung by Shaan, Shantanu Moitra, “jaan nehi denge tujhe” sung by Sonu Nigam, “give me some sunshine” sung by Suraj jagan, Sharman Joshi, to name a few.

Raj Kumar Hirani had only tasted success from the time he had made films related to Munnabhai series. Both Munnabhai MBBS and Lage Raho Munnabhai had been super hit. Going by that track record The Three Idiots is also going to be hit.

Besides Amir Khan, Mr. Perfectionist is destined to put his stamp with the success of the film The Three Idiots after the successes of Ghajini and Taren Zameen par released in the previous years respectively.
Posted by Souvik Chatterji at 9:21 AM