Satyajit Ray's Kanchenjungha could not reach the masses. 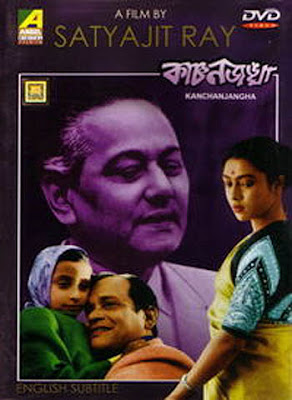 Satyajit Ray’s Kanchenjungha could not reach the masses.

Satyajit Ray experimented with an abstract subject in the film Kanchenjungha in 1962. Based on the story of Ray himself, the film was related to the greatness of Himalayas, especially Kanchenjungha. But Ray’s message was reflected through the reactions of the actors and actresses of the film and it was hardly understood by the common mass.

It was the first Bengali coloured film, and the entire shooting was done in Darjeeling, the greatest tourist destination of West Bengal. Chabi Biswas played the role of the Rai Bahadur of that time, who was awarded the title by the British Government. He was the Chairman of 5 Companies in West Bengal. He wanted his daughter Aloknanda Roy to get married to N. Viswanathan, a careerist. Chabi Biswas’s entire family came to visit Darjeeling.

Arun Mukherjee stood in front of the great Himalayas, and the greatness of the mountain range prevented him from praying for his minor material requirements. He told Chabi Biswas that he did not require any job. He said if he wanted to work in any organization he would qualify for the post through hard work, not by reference of an influential person. At the same time, Aloknanda Roy did not find N. Biswanathan’s materialist talks impressive, and did not consent about marriage due to the effect of the romantic location of the place and influence of Kanchenjungha. Even her elder sister Anubha Gupta disclosed the truth to her husband Subrata Sen Sharma about her affair with another person, and agreed to tear away the letters that were related to the affair. They agreed to strengthen their relationship in the interest of their small daughter.

Chabi Biswas probably provided his most majestic performance of his life in Kanchenjungha, and his dignity, personality and elegance set up the theme of the film. He found that a poor small child singing a son in Darjeeling was happy, and Chabi Biswas’s earthly achievements were overshadowed by the gigantic presence of the evergreen Himalayas. Satyajit Ray brought his philosophy in the film and it won a number of awards in India and abroad, but even then the message did not reach the ordinary common mass due to abstractness of the subject.
Posted by Souvik Chatterji at 5:56 PM