Rocket Singh should do good business. 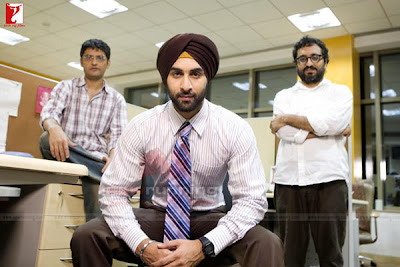 Rocket Singh should do good business.

Simith Amin had created attention in bollywood films with his brilliant effort in the film Chak De India, that was released few years back. Viewers commented that Shahrukh Khan did not take that amount of make up and with realistic performance he had given his best.

This time Simith Amin had come up with a similar sort of realistic film with Ranbir Kapoor in the lead role. In the poster also only Ranbir Kapoor is featured with the title, Rocket Singh – Salesman of the year. In the film Ranbir Kapoor was a graduate who got a job in sales.

He joined office in a company related to computer sales and service. He had one target in mind. That was to become the salesman of the year. He was too honest and for those reasons his superior officer considered him a failure. Manish Choudhury played the role of the boss of Ranbir Kapoor and did a great job. He avoided overacting that is generally done in big-budget films.

Gaohar Khan, who played the role of the receptionist in the film, also showed natural performance. Lastly Ranbir Kapoor had shown that if a powerful script is given he can provide natural performance. In the 70s and 80s, in realistic films of Basu Chatterji and Basu Bhattacharya, these roles were played by Sanjeev Kumar, Amol Palekar, Farooq Sheikh and others. Ranbir Kapoor had taken a risk in acting and performing in these types of roles at the moment when the halls were flooded with big budget films like Paa and Kurbaan.

Ranbir Kapoor had been the most profitable face of the year with hit films like Wake Up Sid and Ajab Prem Ki Gazab Kahani, surpassing Salman Khan and Shahrukh Khan. And due to his presence, the director and unit of Rocket Singh can dream about success. The viewers will realize the good effort of the director and producer to make a film without romantic heroine, ten to fifteen songs, pomp, hype, etc. and the film will do well.
Posted by Souvik Chatterji at 9:25 AM