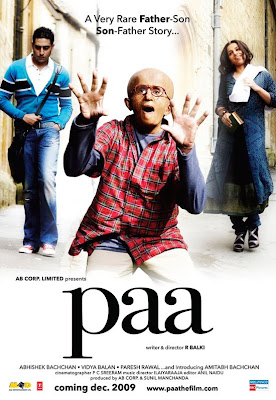 The viewers of bollywood films wish happy birthday to Vidya Balan on 1st January, 2010. Vidya Balan had shown her potentiality in sophisticated roles in the past.

Vidya Balan attracted the attention of cultured audience through her soft performance in Pradeep Sarkar’s film Parineeta. It was an adaptation of Sarat Chandra Chatterjee’s successful novel Parineeta. Vidya Balan reached the depth of the character that was related to life of Kolkata during the 18th century.

Vidya Balan acted opposite Sanjay Dutt and Saif Ali Khan and balanced their performance with her own performance. She also gave able lips in the song “piyu bole, piya bole” sung by Sonu Nigam and Shreya Ghoshal which became super hit.

Vidya Balan was also impressive in the film Lage Raho Munnabhai opposite Sanjay Dutt. The film was based on the story of the transformation of Munna Bhai, who was notorious for his unlawful activities through the dictates of Mahatma Gandhi. He told lies to Vidya Balan about being a Professor, but gathered some courage to tell the truth that he was not a Professor. The songs “pal pal pal” created a theme for the film and he performance of both Sanjay Dutt and Vidya Balan was very impressive.

Although Vidya Balan’s films like Kismat Conection with Shahid Kapoor or Hey Baby opposite Akshay Kumar did mediocre business in the last few years, the viewers had seen her strong performance in the film Bhoolbhulaiya.

She had done a good job opposite Abhishek Bacchan and Big B in the film Paa in 2009. She loved Abhishek Bacchan. Their child Big B suffered from a strange disease. Before death Big B united Abhishek Bacchan and Vidya Balan. Her reserve performance once again amazed the viewers.
She should continue to act in reserve roles which suits her characteristics in the years to come.
Posted by Souvik Chatterji at 5:30 PM