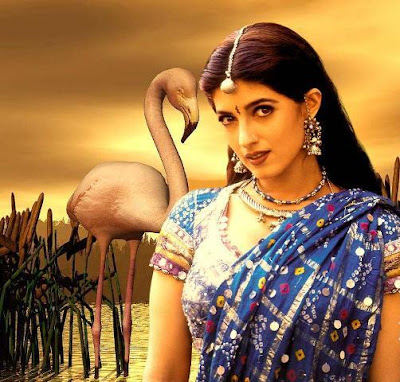 She was very successful in the film Barsaat opposite Bobby Deol. Bobby Deol started his career with that film and it was produced by Dharmender. The music was impressive. Twinkle Khanna expressed her romantic feelings very well in the film. With the success of the film in the early 90s, Twinkle Khanna became a readymade choice for any type of film.

She acted with Shahrukh Khan in the film Badshah. Just like other films of Shahrukh Khan the film was based on fantasy and funny acts. Twinkle Khanna played her part very well in the film. The song “humto diwane hue yaar” became superhit. Twinkle Khanna also acted in the comedy film Joru Ka Ghulam with Govinda. As the name suggested, the film was related to the story of how a groom became obsessed with the bride and almost became her servant. Although the term was used in the literal sense, Govinda’s character proved the title of the film. Johnny Lever did well in the film.

Twinkle Khanna got a challenging role in Amir Khan’s film Mela. The story was related a girl being chased by dacoits and how she was saved. Amir Khan’s own brother acted in the film. The film had action sequences as well. Sonu Nigam’s song in the film “mela dilon ka aya hai” became super hit. The other challenge was matching Amir Khan’s acting performance in the film as in most of his films he had strived to reach perfection in the respective roles. The viewers accepted Twinkle Khanna’s performance opposite Amir Khan in the film.

Probably Jab Pyar Kisi Se Hota Hai with Salman Khan was the most successful film of her career. The film was shot in UK, Switzerland and other European Countries. All the songs of the film were super hit including “o jana”, “is dil me kya hai”, “pehli pehli baar”, etc. In the film the love of Salman Khan for her reformed Salman Khan’s character, who was a playboy before that. Twinkle Khan looked gorgeous in the film.

Twinkle Khan in a number of films opposite Ajay Devgan also in the late 90s. She had acting in her blood, as her mother Dimple Kapadia is considered one of the greatest actresses of bollywood films with landmark performances in films like Lekin, Prahar, Krantiveer, Sagar, Rudali, to name a few. Besides her father Rajesh Khanna was a superstar of the 70s.

When Twinkle Khanna looked like dethroning Juhi Chawla, Preeti Zinta or Kajol in bollywood films, she married Akshay Kumar and ended her career. She must have been a proud wife as Akshay Kumar had proved himself to be the greatest entertainer of 2007 and 2008, with majority of his films becoming blockbusters.

But a lot of acting was still left in Twinkle Khanna. The viewers of bollywood films expect Twinkle Khanna to make a comeback and contribute in character roles where there are not many matured actresses at the moment.
Posted by Souvik Chatterji at 6:27 PM