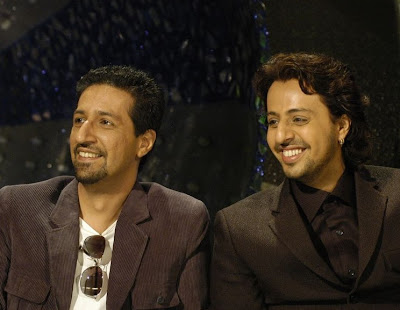 Singer Shreya Ghoshal had shown a lot of courage in choosing an old singer of the age of Kartar Singh who had crossed 60 years and yet contested with the junior singers. The great part of Kartar Singh had been his choice of songs.

He had admitted that he was a die-hard fan of Mohammad Rafi. He had sung sweet romantic songs in the program like “din dhal jaye”, “mera to job hi kadam hai”, “ek haseen sham ko”, “beeti na bitayi rehna”, etc. He had lost out to the great singers Nirmeeti Group, Sajda Sisters, Deewana Group, Geet Sagar and Seema Jha.

Whenever guests had come to the program, like Jeetender, the courage and effort of Kartar Singh found prominence and he was appreciated by all of them.

After seeing the program for 2 months many viewers feel that Sajda Sisters are the most cultured group of singers who had sung in the program. It is immaterial whether their style suited every type of songs. The best musical jugglery had been shown by Deewana Group. Just categorizing them for Sufiana songs is unfair. They have great range of voice and lot of harkats. Nirmeeti Group had shown huge amount of improvisation and may be “haal kaisa hai janaab ka” was their best performance till date.
The fate of all the best 5 singers is dependant on the public voting system. The viewers expect even better performance from all the participants in the future episodes.
Posted by Souvik Chatterji at 8:58 PM