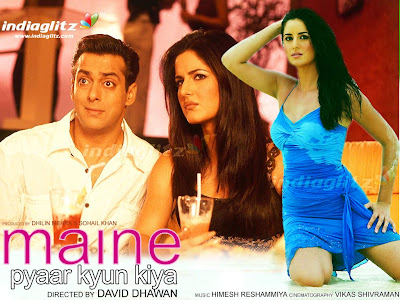 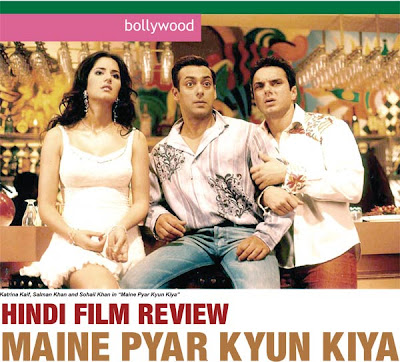 The viewers of bollywood films wish happy birthday to David Dhawan on 16th August, 2011. He had been a master entertainer. He had entertained the viewers with comedy films one after the other.

David Dhawan had experimented the most with successful actors Govinda and Salman Khan. Salman Khan featured in his film Biwi No. 1. Released in the late 1990s. In that film Salman Khan had a responsible wife Karishma Kapoor and also had an affair with Sushmita Sen. Anil Kapoor and Tabu leaked out the affair before Karishma Kapoor. It had led to unrest in the family. When Salman tried to live with Sushmita she failed to take care of his children and relatives. So the indispensability of Karishma Kapoor was felt. The music of Anu Malik was excellent. The songs “chunari chunari”, “ishq sona hai” became landmark hits in the 90s.

Rishi Kapoor and Juhi Chawla starrer Bol Radha Bol made director David Dhawan a star. The film did excellent business and all the songs of the film became super hit including “bol radha bol tune ye kya kiya”. Rishi Kapoor acted in other films of David Dhawan including Eena Meena Deeka and Yaarana.

Govinda had featured in a number of films of David Dhawan. His comedy andaz had made the viewers spellbound. Govinda gave probably the greatest hit film of David Dhawan, that is Ankhen. In that film Chunkey Pandey, Kader Khan, Sadashiv Amrapurkar and other big names contributed for the success of the film. Govinda’s film Hero No. 1 was super hit. His combination with Karishma Kapoor was excellent. Govinda’s other film Cooli No. 1 was equally successful. His other films with David Dhawan included Rajababu and Benarasi Babu.

Sanjay Dutt acted in many films of David Dhawan. Most of them were based on the joint performance of Sanjay Dutt and Govinda including Haseena Maan Jayegi, Jodi No. 1, Ek Aur Ek Gyarah, etc.

David Dhawan had success in 2007 with the film Partner where both Salman Khan and Govinda featured. The film was based on the influence of a love-guru on the person had affair with a rich girl but never knew the art of impressing her. Govinda was attached to Katrina Kaif. Govinda was a middle-class person, so had to take lessons from Salman Khan to impress Katrina. Everything happened with comedy andaz. Salman Khan fell in love with Lara Dutta but had to accept her son before marrying her. The music of the film was extremely successful with songs like “do you want a partner”, “you are my love”, etc. Salman Khan and David Dhawan combination had given hits after hits including Mujhse Shaadi Karogi and Maine Pyar Kyun Kiya.

David Dhawan had released the tension of regular life of Indian viewers with his comedy films. David Dhawan is presently busy with the shooting of the film Partner 2. He is slated to work with Salman Khan and Govinda again. The film is slated to be released in early 2012. The viewers expect him to continue the good work in the years to come.

Posted by Souvik-indrajalik at 2:25 PM