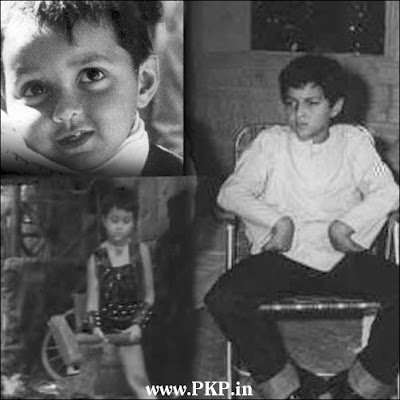 
The viewers of bollywood films wish happy birthday to Bobby Deol, on 27th February, 2010. He had acted in many successful films in his long career, and the new generation expects even better performance from the stylish actor.

Being the son of Dharmender and brother of Sunny Deol, Bobby Deol required some special skills to create his identity and look different to the viewers. He showed his stylish accent in the film Gupt which was a murder mystery. Bobby Deol was alleged to have killed his father Raj Babbar and was sent to jail. He escaped from the jail with the help of Manisha Koirala and proved himself innocent.

He matched the villainish performance of Kajol in the film and balanced the performances of a series of villains in the film including Prem Chopra, Raza Murad, etc. Om Puri was sublime in the role of a police inspector and Bobby Deol showed his personality when both of them met each other. He even gave good lips in the songs composed by Viju Shah like “bechaniya”, “gupt, gupt”, etc.

Producers started casting Bobby Deol in stylish roles especially in action pact films like Soldier. He did very well opposite Preeti Zinta. Most of the film was shot in Australia and Bobby Deol proved himself both as a romantic actor and also action. All the songs of the film were hit including “soldier, soldier”, “mehfil me ekbaar”, etc. His action stunts opposite Suresh Oberoi was ably appreciated by the viewers.

After few years Bobby Deol changed his hair style but continued to act in action films like Badal and Bicchu. In both these films his heroine was Rani Mukherjee who added attraction in the films. Bobby Deol brought out the vengeance in the character of terrorists especially in the film Badal. But someway or the other due to strong domination of Shahrukh Khan mainly in romantic films, Bobby Deol’s films did mediocre business and he did not get the recognition he deserved.

Even in suspense thrillers like Ajnabee, Bobby Deol balanced the villanish performance of Akshay Kumar and individual performances of Kareena Kapoor and Bipasha Basu. The film had many twists and turns and Bobby Deol ultimately took revenge against Akshay Kumar for planting a false case against him.

Bobby Deol even did well in the film Aur Pyar Ho Gaya opposite Aishwarya Rai. His films Jhoom Barabar Jhoom did not do that well in 2007, but his film Heroes in 2008 did good business.

In 2009, his film Ek, The Power of One did moderate business. He had shown excellence in action films, but for the last few years action films did not do great business. With strong competition from Akshay Kumar, Salman Khan, Amir Khan and the new heroes Bobby Deol has to do something exceptional to maintain his stardom.

The viewers expect him to do even better in bollywood films in the years to come
Posted by Souvik-indrajalik at 12:43 PM