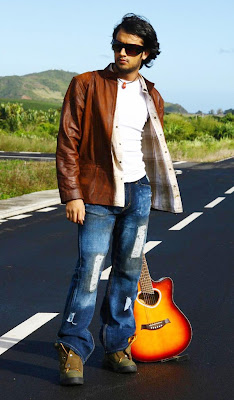 Atif Aslam, better known as Mohammad Atif Aslam, was born on 11th March, 1983. He had emerged as a very powerful pop singer of Pakistan who had shown his requirement in bollywood music in the last 5 years.

He was born in Wazirabad and studied in Lahore and Rawalpindi. During his early days he had passion towards cricket and played well too. It was very natural as Lahore was the city from where the captain of Pakistan Imran Khan belonged. But his love over music turned his career.

He recorded the song “aadat” in Mekal Hassan’s Studio in the late 90s. He released his first album titled ‘jalpari’ in 2004. His second album “doori” was released in 2006. He stormed bollywood with his stylish performance in the film Race.

Composer Pritam used his pop style of singing in the song “pehli nazar me aisa jadoo kar diya” in the film Race. Saif Ali Khan and Akshay Khanna played the lead roles in the film. The song became a craze for the youngstars. Atif Aslam continued his stylish performance with the song “bakhuda tumhi ho” in the film Kismat Connection picturised on Shahid Kapoor. Although the film did mediocre business the song became super hit.

In 2009, Atif Aslam, stormed bollywood with the songs “tu jane na”, and “tera hone laga hoon” composed by Pritam. Both the songs were from the film Ajab Prem Ki Gazab Kahani which was one of the greatest hits of 2009, after The Three Idiots and Wanted. The songs were picturised on Ranbir Kapoor who had been described as the new superstar by a number of film critics.

He is presently busy with the songs of the film Prince – It’s Showtime. His song “who lamhe” from the film Zeher was also successful. He received “tamgha –e-imtiaz”, a medal of distinction for outstanding singing.

He will be a big competitor of Indian established singers like Sonu Nigam, Shaan, Udit Narayan, and others. The viewers and listeners expect him to continue the great work.
Posted by Souvik Chatterji at 4:04 PM