The Filmfare awards were reproduction of Star Screen awards. 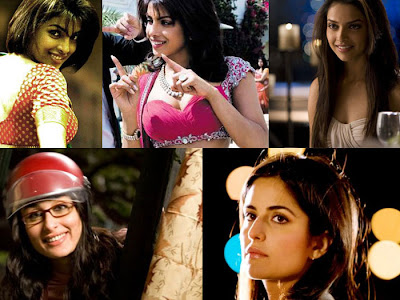 The Filmfare awards were reproduction of Star Screen awards.

It is nothing new that Big B never won any award for versatile performances in the films Akhree Rasta, Indrajeet, Akela, etc., but when the name got converted into brand name the awards had been running after him. Same thing had happened with AR Rehman. When he composed music for Roza, or Bombay, or Saathiya, there was innovation the main yardstick of awards. These days whenever even if he creates mediocre music in Delhi 6, he gets awards. Neither is there any promotion of new talents, nor recognition for good work. Pritam, Shantanu Moitra had just created good music in the films Ajab Prem Ki Gazab Kahani and The 3 idiots.

Among the list of manipulated awards some rewards for genuine good performances included the award won by Boman Irani for best supporting actor in the film The 3 idiots. He has potential of the same lights of Naseeruddin Shah and Om Puri. Also Ranbir Kapoor won the critics’ choice award for his performance in the films Wake Up Sid, Rocket Singh, etc.

The male and female singer award does not prove anything. Kavita Seth and Rekha Bharadwaj had won the awards for the film Delhi 6. The songs were ordinary by every musical standards. Also Mohit Chauhan’s award proves nothing.

The sad part of these filmfare awards is that it had huge heritage of stalwarts like Dilip Kumar, Meena Kumari, Balraj Sahani, Raj Kapoor winning the awards under different categories in the past. Critics even argue that there is hardly any justification of the best actor, the category should have been best hero.

The national awards still have some relevance. Filmfare awards had been a tool, either purchased or manipulated or rigged.
Posted by Souvik Chatterji at 9:15 AM