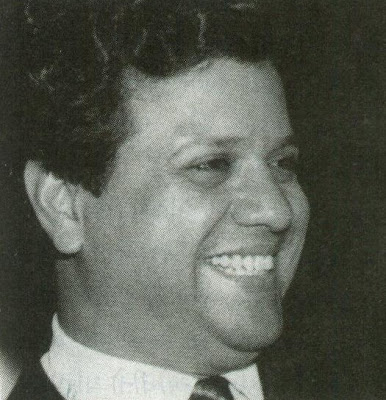 Shankar Jaikishan dominated bollywood music for more than 25 years ranging from the late 40s to early 70s. Due to sad demise of Jaikishan in the 70s, the evergreen combination broke up and critics repent about the end of the contribution of the giant composers.

Shankar was very loyal towards the SJ Banner and continued to use it in films after 1971, when Jaikishan died and Shankar had composed the music himself. Jaikishan’s death was a big blow for Shankar who already was shocked about the demise of lyricist Shailendra in the late 60s, who had contributed for the tunes of Shankar. Shankar lost the big banners in the 70s, due to the death of Jaikishan.

For example Raj Kapoor shifted towards the music of Laxmikant Pyarellal from Bobby, in 1973, when Shankar was still alive and gave music in many films in the 70s. Raj Kapoor had never thought about any other composer in his entire career other than SJ, excepting films like Jagte Raho, where he had used Salil Choudhury or Ab Dilli Door Nahi, where Dattaram contributed, who was the assistant of SJ.

The big banner of GP Sippy went to RD Burman after the death of Jaikishan. SJ composed the music for the film Andaz in 1971. But RD Burman got the scope of composing music in films like Seeta Aur Geeta in 1972, Sholay in 1975, Shaan in 1980, Saagar in 1985, all were made under the GP Sippy Banner. Although Shankar continued to compose music in the mid-70s in films of Manoj Kumar like Beimaan or Sanyasi, but the big banner of GP Sippy was lost.

Shankar also lost the banner of Shakti Shamanta after 1971. Previously SJ composed music in Shakti Shamanta’s films An Evening in Paris and Pagla Kahin Ka. But after the death of Jaikishan, RD Burman got the scope of composing music in his films including Kati Patang and Amar Prem which were hit as well.

As far as trend of bollywood music was concerned there was a sea change after the death of Jaikishan in 1971. Loud orchestrations were evident in major films because of the trends existing in Hollywood. Beat oriented music prevailed. RD Burman had a beat of his own exhibited in films like Anamika, Jheel Ke Us Paar, Sholay, Shaan, etc. Bappi Lahiri had his own beat exhibited in Disco Dancer, Namakhalal, Sharabi, etc. The composer-duo who did not stick to a beat but shuffled with them included Laxmikant Pyarellal. They were the only duo who compromised with the requirements of the age and transformed their own music in films like Ek Duje Ke Liye or Prem Rog, etc.

But Shankar Jaikishan’s blend of east and west faded away in the 70s. Also the utilization of folk music in films like Shree 420, Teesri Kasam, reduced down.

The compositions of Shankar Jaikishan should be restored and preserved.
Posted by Souvik-indrajalik at 4:11 PM