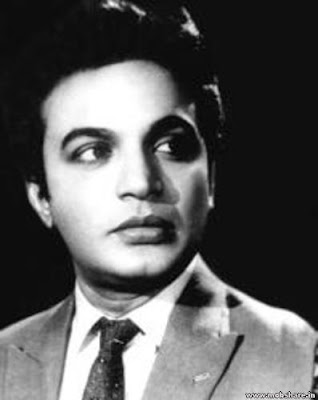 Uttam Kumar being the greatest superstar of Bengali cinema during the golden age, that is the 50s, 60s and 70s, had acted in the films of all the legendary filmmakers of Bengal and the country as a whole. He had worked with Satyajit Ray in films like Nayak, Chiriakhana, Tapan Sinha in films like Jotugriha, Jhinder Bandi, Agragami in films like Sankhabela, Shilpi, Agradoot in films like Sabar Opore, Surjo Toron, Gulzar in films like Kitaab, Mrinal Sen in films like Raat Bhor.

The Ajoy Kar Uttam Kumar magic continued in the film Saptapadi based on the classic literature of Tarashankar Bandopadhyay. Uttam Kumar being a hindu Brahmin married Suchitra Sen, a Christian. Chabi Biswas the father of Uttam Kumar begged before Suchitra Sen to forget Uttam Kumar. Uttam Kumar changed his religion, became a doctor and served the people during the 2nd world war. He even cured Suchitra Sen who suffered a bomb blast during the war. The film was considered to be the greatest hit of the 60s.

Uttam Kumar acted in other landmark films of Ajoy Kar like Suno Boronari and Khelaghar. It was pity that in the late 60s, Ajoy Kar went to Pune Film and Television Institute and taught new directors the art of film making. Otherwise he could have experimented more with Mahanayak Uttam Kumar. The legendary films of the great director and the landmark matinee idol should be restored for the future generations.
Posted by Souvik Chatterji at 12:28 PM

Ajoy Kar may be best remembered for his work "Saat Pake Baadaa (1963)". With Suchitra Sen, Soumitra Mukerjee and ChayaDevi in lead roles, it is a master piece.