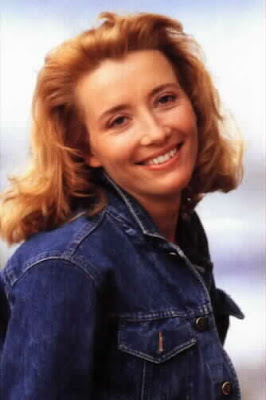 Emma Thomson made notable contribution in Hollywood films of the 80s. Born on 15th April, 1959, Emma Thomson was famous both as actress and also writer and director of films. She was the daughter of actor Eric Thomson, the writer of the novel The Magic Roundabout.

Emma Thomson came to limelight through her performances in Television shows in the early 80s, namely Alfresco and There’s nothing to worry about. She amazed the viewers with her performance in the serial Tutti Fruti for which she won BAFTA award for the best performance.

She acted under the direction of Richard Curtis in the film The Tall Guy from where her film career. Actor Jeff Goldblum acted opposite her in the successful film of the late 80s. She received Oscar award for the best actress for her landmark performance in the film Howard’s End in 1992.

She did not leave acting in Television serials inspite of huge success in Hollywood films. She played landmark roles after 2000 in serials like Wit, Angels in America, etc. She continued playing important characters in contemporary films like Harry Potter and the Prisoner of Azkaban, Love Actually, to name a few. She was also remembered for her brilliant performance in the film Stranger than fiction.

She is still working in projects relating to Harry Potter series. Critics consider her to be one of the most powerful actress of contemporary films. The viewers expect her to continue the great work as actress, writer and director, that she had started 20 years back.
Posted by Souvik Chatterji at 9:52 PM