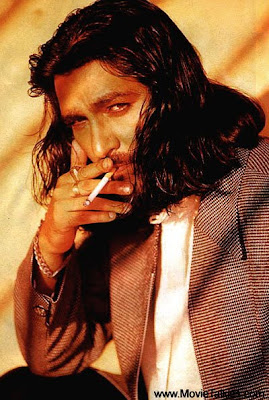 Actor Nirmal Pandey passed away on 18th February, 2010 after facing massive heart attack. It was shocking news for the bollwood industry. He came to limelight by performing in Shekhar Kapoor’s film Bandit Queen.

Shekhar Kapoor required a challenging character to play the role of the husband of Phoolan Devi who was named Vikram malwa. Nirmal Pandey played the role in style. He was ever-protective towards Bandit Queen. But he could extend the protection beyond a certain time. He was killed by the Thakurs.

He showed his diverse style of acting in commercial films as well. His landmark performance as a villain in Salman Khan’s film Auzaar created a different identity for himself. He played the role of a renowned smuggler in the film. He was the rival of the other smuggling don played by Paresh Rawal, who was the father of Sanjay Kapoor. Nirmal Pandey kidnapped Shilpa Shetty to blackmail Salman Khan and Sanjay Kapoor. Both Salman Khan and Sanjay Kapoor freed Shilpa Shetty after killing Nirmal Pandey at the end of the film.

He graduated from National School of Drama in New Delhi. His landmark roles included the performance in Amol Palekar’ film Daayara, Salman Khan’s film Pyar Kiya To Darna Kya, One Two Ka Four, etc. He was appreciated for the diverse roles he played.

He was sublime as an actor also in the film Is Raat Ki Subah Nahi which was directed by Sudhir Mishra. He was acted in Television serials like Hatim, Rajkumar Aryan, Shh Phir Koi Hai, etc. He was also an aspiring singer. His album titled “Jasba” was appreciated by musical crowds.

Had he survived, he could have shown his versatility in films in future. His films and his TV Serials should be restored.
Posted by Souvik-indrajalik at 3:11 PM