My Name is Khan had got a greater opening due to controversy. 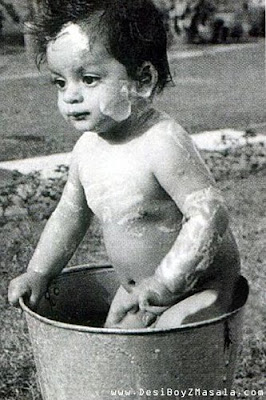 My Name is Khan had got a greater opening due to controversy.

The controversy that had been created by Bal Thakrey in respect of allowing the film halls in Mumbai to release My Name is Khan had added sympathy for the film. The film had got a greater opening due to the controversy.

Shahrukh Khan as one of the sponsors of Kolkata Knight Riders team in IPL League had just spoken in favour of Pakistani cricketers to be allowed to play in India to add attraction and competitiveness in the game of cricket. Shiv Sena and Bal Thakrey saw the entire thing from communal angle and prevented the release of Shahrukh Khan’s film My Name is Khan in many halls in Mumbai. But the film received brilliant opening in parts of US, Canada and some European countries as well.

Karan Johar had brought a communal angle for the film. Shahrukh Khan had been depicted as an insane person whose insanity was caused due to ill-treatment of suspected muslims who stayed in US after the 9/11 attacks.

Kajol played the sensitive character in the film and did well after a long time. She did not get landmark roles for some time now and once again in My Name is Khan she had proved that if the script is strong she can provide natural performances. The music of the film composed by Shankar Ehsaan Loy had been soft and meaningful.

Shahrukh Khan had reduced acting in as many films as he used to do few years back. This ploy had been similar to the trend set by Amir Khan. If My Name is Khan ends up being a blockbuster, then it will be proved again that Shahrukh Khan had remained the greatest crowd puller for the last 5 years.

The viewers should watch the film, where acting, camera work, music and other aspects require special mention.
Posted by Souvik Chatterji at 2:58 PM