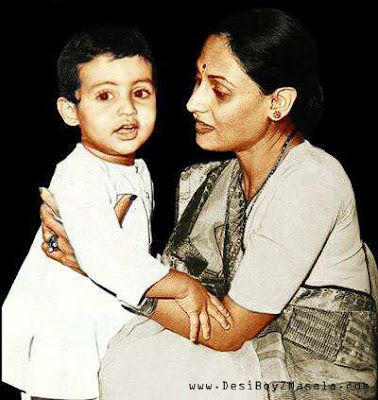 The viewers of bollywood films wish happy birthday to Abhishek Bacchan on 5th February, 2010. He had entertained the viewers over the last 10 years and is expected to do even better in the years to come.

Being the son of superstars Amitabh Bacchan and Jaya Bacchan, he had a great challenge in terms of proving himself in the early part of his career. He got chance in good films like JP Dutta’s Refugee, Dhai Aksar Prem Ki, Bombai Se Aya Mera Dost, but due to comparison of him with his father, his performance was not appreciated inspite of the success of the film.

Then he formed a fantastic pair with actress Rani Mukherjee and his career took a turn. His film Yuva was very successful. He played a negative character in the film opposite Rani Mukherjee. The film was related to the violent scenario in Kolkata caused by politics in academic institutions and the loss to the students due to such unrest. Ajay Devgan and Vivek Oberoi did extremely well in the film along with Abhishek Bacchan.

Abhishek Bacchan and Rani Mukherjee complimented each other in the film Bunty Aur Babli. Both of them took the recourse of falsehood and duped different people all across the country. Before their plan was unearthed they left the place and got involved in other crimes. The music in the film composed by Shankar- Ehsaan-Loy became super hit with popular songs like “dharak dharak”, “chup chupke chup chupke”, “bunty aur babli”, “kajra re kajra re”, etc. Aishwarya Rai amused the viewers with her item number in the film titled “kajra re”. Big B also did well in the film in the role of police inspector.

His other hit films included Guru, opposite Aishwarya Rai and Dostana opposite John Abraham and Priyanka Chopra. In 2009 his film Dilli 6 had been released where he did extremely well opposite Sonam Kapoor and veteran actors in the film.

At the end of the year he acted in a critically acclaimed film Paa. The film was directed by Balki. Big played the role of the son of Abhishek Bacchan and Vidya Balan played the role of the his wife. Big B died at the end of the film. Big B and Vidya Balan received the best actor and best actress award in 2010 star screen awards for their performance in the film Paa. Abhishek Bacchan played his role of a politician in style.

His tall height and deep voice impressed the viewers over the last few years and the viewers are looking forward to his depiction of the character Ram that he is going to play in director Mani Ratnam’s film Ravan.
Posted by Souvik Chatterji at 6:17 PM