Tees Maar Khan will do well. 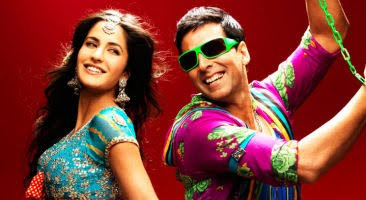 Tees Maar Khan will do well.

Akshay Kumar and Katrina Kaif’s new film Tees Maar Khan will do well. The film had been released on 24th December, 2010, before Christmas. Farah Khan had directed the film. The film had been produced by Shirish Kunder, Twinkle Khanna and Ronnie Screwwala. Vishal Shekhar and Shrish Kunder had composed music for the film.

The film is related to the story of a great thief played by Akshay Kumar. He had played the lead role in the film. Katrina Kaif had been an actress in the film. She had got a lot of help from Akshay Kumar and in term had helped him. Akshay Khanna is the other major character in the film who knew about Akshay Kumar’s activities.

In the film guest performances were given by Anil Kapoor and Salman Khan. Salman Khan had danced in the song “wallah re wallah” along with Akshay Kumar and Katrina Kaif. Sanjay Dutt had been the narrator in the film.

The story of the film had not been unique. But the good part of the film had been its music and the dance performances. Sonu Nigam had experimented with the style of singing in the song “tees maar khan” where he had shown his versatility. Sunidhi Chauhan and Vishal Dadhlani had done a brilliant job in the song “Sheila ki jawani”, which had been the most popular song in the film. Katrina Kaif had danced well in the song sequence.

The other song “wallah re wallah” had also been very catchy. Kamal Khan, Raja Hassan, Shreya Ghoshal and others had sung the song very well. Star performances of Salman Khan, and performances of Katrina Kaif and Akshay Kumar had been very grand. Acting of Akshay Khanna had been brilliant in the film as ever.

But the film had not surprised the viewers. So there is every possibility of the film ending up being a hit but not a blockbuster. The pair of Akshay Kumar and Katrina Kaif had been accepted by the viewers. But the film does not have the same magic as that of Singh is Kinng or Namaste London. But the film will get a decent start and do well.
Posted by Souvik Chatterji at 9:01 PM