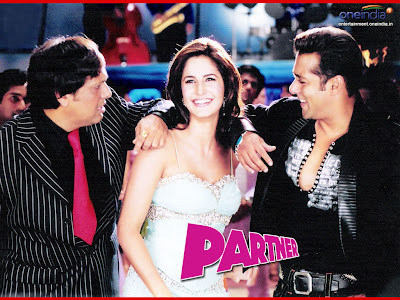 The viewers of bollywood films wish happy birthday to Govinda on 21st December, 2010,. For the last 20 years he had entertained bollywood viewers with his remote style of comedy performance and dancing.

Govinda also acted in serious films like Andolan with Sanjay Dutt. He played the role of an engineer who had to compromise with the corrupt builders while building bridges. His revolt against the system was the subject matter of the film. He acted in a number of films with Sanjay Dutt and most of the films did good business. Some of those films included Ek Aur Ek Gyarah, Haseena Maan Jayegi, etc.

Govinda’s film Bare Miya Chote Miya with Big B and Raveena Tandon, and Deewane Mastane with Anil Kapoor and Juhi Chawla, did fantastic business as well. In the recent past Govinda’s performance in David Dhawan’s film Partner with Salman Khan and Katrina Kaif stormed bollywood. He required the guidance of a love guru played by Salman Khan to impress Katrina Kaif. The songs of the film like “do you want a partner”, “you are my love” became super hit, and Govinda’s dance performances in those songs were excellent. Salman Khan asked the director David Dhawan to increase the role of Govinda in the film, and he justified it by playing his character in style.

Govinda played his role in the film Salaam-e-Ishq in style. The film had all the leading actors of bollywood industry including Salman Khan, Anil Kapoor, Sohail Khan, John Abraham and Akshay Khanna. In that league of actors Govinda proved his worth by romancing with a foreigner girl who was given shelter by a taxi-driver.

In 2009, Govinda’s films Life Partner, and Do Not Disturb with Sushmita Sen and Lara Dutta, did mediocre business. He acted well in his small role in the film Raavan in 2010, and the viewers expect another cameo in the sequel of Partner. Viewers expect that with his busy work as a politician, as he was an MP elected with a Congress Ticket, he can still devote time for films and continue the work of entertainment in the years to come.
Posted by Souvik Chatterji at 9:03 PM