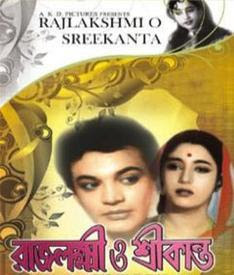 Very significantly Uttam Kumar understood the poetic character of Sarat Chandra Chatterji and depicted the character in style. He went for a hunting expedition after being called by Anil Chatterji. There he met his neighbour Rajlakkhi played by Suchitra Sen. He loved her during infancy. He was shocked to see her become a baijee named Pyari Bai who had her own house in Patna, Bihar.

She unfolded her story and said that her father died. Then her mother went to stay in her brother’s house. Her mami got her married to an old man. He wanted to sell her. Suchitra Sen ran from her house and given shelter by a baijee. She taught her music. She earned her living by being baijee. Composer Gyan Prakash Ghosh composed great classical tunes and singer Krishna Ganguly sang very well.

Uttam Kumar also tried to live like a sadhu and joined the group of sadhus led by Jahar Ray. But the disease of chicken pox spread in the village, and to help a family of patients Uttam Kumar stayed in the village. But the family left him when he got infected with small pox.

At the end of the film Uttam Kumar left for Burma to get a job. But he remained unmarried throughout his life due to the fact that he could not marry Suchitra Sen who played the role of Rajlakkhi. The film did excellent business and the supporting performers in the film did an excellent job including Sishir Batabyal, Haridhan, and others.
Posted by Souvik Chatterji at 6:40 PM