Mahalaya and Mohishashur Mordini in All India Radio. 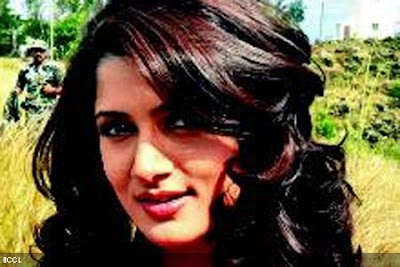 Srabanti Chatterjee in the role of Maa Durga on Mahalaya.


Mahalaya and Mohishashur Mordini in All India Radio.

For Bengalies the greatest festival of the year include Durga Puja. The flavor of the festival is set up by Mahalaya which occurs seven days before the occasion. Mohishahshur Mordini had not lost its appeal even after 60 years of its creation. It is played in All India Radio on the morning of every Mahalaya each year. In 2010 it was also played and it enchanted numerous bengalies all across the world.

The mantra in the entire play was uttered by Birendra Krishna Bhadra who became a living legend in the early 50s. He conducted all the important programs in All India Radio from Kolkata at a time when Television did not appear in India and Radio was the only medium of entertainment.

From Mahalaya the Petripaksha ends and Devipaksha begins. Hindus all over the world worship Goddess Durga and the occasion lies for four days including Shashti, Saptami, Ashtami and Navami. On Dashami Goddess Durga is immersed in holy Ganges. Mahalay is the day when Hindus do tarpan in the Ganges to remember the ancestors who had died but were still attached with the next generation.

When Birendra Bhadra directed Mohishashur Mordini, the tale relating to Goddess Durga defeating the devil powers under the name of Mohishahur, Singer Pankaj Mallick and Bani Kumar also made notable contribution to bring in all the legendary singers of Bengal and made them sing significant songs.

Birendra Bhadra was unparallel in the manner in which he pronounced the Sanskrit sloks, which could not be replicated and when Uttam Kumar that greatest superstar of Bengal tried to do it, he was criticized and All India Radio again displayed the Mohishashur Mordini directed by Birendra Bhadra. Even Hindus across India celebrate Navratri and Dussehra based on the success of God in defeating evil powers.

Even today Bengalies feel that it creates a Godly atmosphere and gives the feeling that Goddess Durga had really arrived on earth.

These days a lot of programs are held in television to depict mohishashur mordini in television. For example in Zee Bangla channel on 27th September, 2011, Srabanti Chatterjee is going to play the role of Maa Durga in the play Mahishashur Mordini. But the importance of mohishashur mordini in All India Radio cannot be replaced. It is a historical piece of creation and should be restored.
Posted by Souvik-indrajalik at 7:10 PM