The nation remembers style icon Feroz Khan on his birthday. 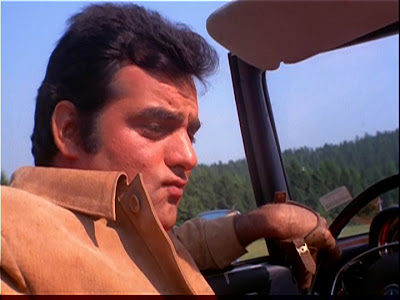 
The nation remembers style icon Feroz Khan on his birthday.

The nation remembers Feroz Khan on his birthday on 25th September, 2011. He had died in 2009, two years back and the nation had missed the style icon very badly. Feroz Khan started his career with romantic films.

His performance in the film Aarzoo, in the mid-60s with Rajender Kumar and Sadhna is well remembered even today. He played the role of friend of Rajender Kumar who sacrificed his wife for the best interest of his friend Rajender Kumar. While Feroz Khan’s performance in romantic films like Ek Sapera Aur Ek Lutera was well appreciated, his skills in action films like Aadmi Aur Insaan, Mela, etc., created a separate identity for himself.

From the 70s, Feroz Khan got involved in production and direction of his own films and created gold in the next 20 years. His film Apradh with Mumtaz became super hit. He brought in many dimensions of car driving in Indian cinema. He showed car racing in Apradh. His film Dharmatma with Hema Malini and Rekha created history in the mid-70s. It was modeled in the lines of Hollywood film Godfather where Marlon Brando played the lead role. Part of the film was shot in Dubai, and from that time Feroz Khan used Dubai for shooting many of his blockbuster films.

Feroz Khan’s action style mesmerized the viewers. He gave a stylish performance in the film Khote Sikke and Kala Sona. His Robinhood like image haunted the viewers. His style of riding cars, riding horses and jugglery with the guns showed touch of Hollywood actors. With the advent of action films in the mid-70s with the emerging of Amitabh Bacchan in the bollywood scenario, Feroz Khan’s demand in action film increased and increased.

His film Qurbani with Vinod Khanna and Zeenat Aman created storms in the early 80s. Rafi’s song ‘kya dekhteho” picturised on Feroz Khan, became hit in the early 80s. He gave a new definition to action films with the film Jaanbaaz, where he protested against the trade of LSD and other Narcotic drugs. Villains like Raza Murad and Shakti Kapoor gained prominence from Feroz Khan’s films. Feroz Khan used Anil Kapoor, Dimple Kapadia and Sri Devi in Jaanbaaz in his unique style.

His film Yaalgaar with Sanjay Dutt, Manisha Koirala and Kabir Bedi also became super hit in the early 90s. One of the other shades of character of Feroz Khan was to promote the newcomers. He acknowledged the brilliant skills of Vinod Khanna, Anil Kapoor and Sanjay Dutt, who were much younger than him and formed the next generation of actors.

Feroz Khan maintained his body for more than 30 years and that was the reason who could act opposite three generation of actresses, including Sadhna in Aarzoo in 1965, to Hema Malini in Dharmatma in 1975, to Sri Devi in Jaanbaaz in 1985.

In the late 90s he promoted his own son Fardeen Khan. Even in recent films like Welcome he showed his comedy skills opposite Akshay Kumar, Katrina Kaif, Paresh Rawal, Anil Kapoor and Nana Patekar. His death brought a great loss to the film industry. He is remembered on his birthday and will always be remembered in the years to come.
Posted by Souvik-indrajalik at 6:44 PM