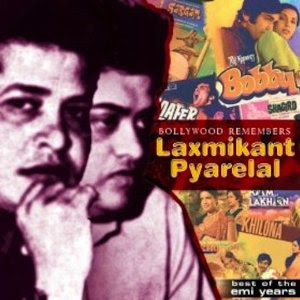 The child contestants of Zee TV Saregamapa Little Champs Program got a scope of interacting with legend of legends composer Pyarellal on 17th September, 2011. He had come with composer Ram Sampat. He appreciated Niladri Chatterjee’s song “pucho na kaise maine rain mitayi”. The song was sung by legendary Manna Dey and composed by SD Burman in the film Meri Surat Teri Ankhen. Pyarellalji told the story that he played the violin in that song during the recording and Manna Dey finished the song in one take. He appreciated Niladri Chatterjee about the manner in which he took the tarana at the end of the song. Ram Sampat did not like Niladri’s other song from Chillar Party and said the lyrics were not clear. Niladri started crying and Adnan Sami consoled him.

When Salman Ali sang the song “chahunga mai tujhe saanjh sawere”, Pyarellal commented that he did not sing the song in the scale in which Mohammad Rafi song. So the song lost its beauty. He said that the song was originally being composed by LP for Lataji, but Majrooh Sultanpuri insisted about being sung by Mohammad Rafi in the film Dosti. The rest was history. LP received their first filmfare award for the song in 1964. Javed Ali showed Salman Ali how the song should have been sung. Kailash Kher commented that it was not right to find too many faults in the song of Salman Ali as the children were too young to take up difficult songs, that too sung by Legend of legends Mohammad Rafi. But Pyarellalji said that whenever he and Laxmikantji composed a song they did it on a particular scale and insited the singer whether Rafi, or Lata, or Manna Dey to sing in that scale.

Azmat Hussain sang LP’s song “ek haseena thi” from the film Karz. Adnan Sami came up on the stage and played the piano for the same tune excellently. Pyarellalji was mesmerized at the performance. Nitin Kumar sang LP’s song “badra hai” from the film Aya Sawan Jhumke which was originally sung by Mohammad Rafi. Pyarellalji appreciated his performance too. All the gurus including Alka Yagnik said that in front of Pyarellalji she felt shy if people called her Mahaguru. Whatever she had achieved till now was due to Laxmikantji and Pyarellalji. The program was excellently anchored by Jay Soni.
Posted by Souvik-indrajalik at 2:09 PM

Personally, I have great respects for the LP musical duo especially for the fact that they stood by the Legendary Rafi Sahaab and refused to tow the petty politics that were rampant in early Seventies.
Now regarding POOCHHO NA KAISE MAINE RAYN BITAAYEE....I remember reading that originally the song was given to Rafi Sahaab who became so emotional that he could not stop weeping. The song was then given to Manna Da who as usual gave a brilliant rendition.
Regarding CHAAHOONGA MAIN TUJHE...this song was almost scrapped but for Rafi Sahaab's prediction that it will be a great hit. This proved too be right as the FF Award amply demonstrate. Now that was not a small achievement because 1964 was a very very musical year and the competition was too tough what with SANGAM, VOH KAUN THI, KASHMIR KI KALI, RAJ KUMAR, GHAZAL and many other "heavies".

Dear Nasirji,
Thanks a lot for your excellent comments. One great thing about Pyarellalji is the amount of humility which he has. He never boasted about composing music in more than 500 films along with Laxmikantji in their illustrious career. Both Rafi Sahab and Manna Dey sahab were their best in Meri Surat Teri Ankhen. The classical andaz of both the giant singers created heights in the world of playback singing.
Souvik Chatterji.