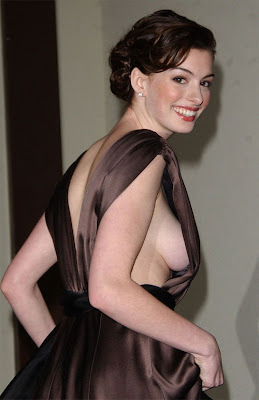 Anne Hathaway had emerged as one of the leading actresses of Hollywood films in the last 10 years. Born on 12th November, 1982, she came to limelight by acting in Television show titled Get Real.

She became very popular by acting in the role of Mia Thermapolis in the Princess Diaries in 2001. In 2004, her performance in the role Ella Enchanted really enchanted viewers from different parts of the world. In 2005, she stormed bollywood with her performances in the films Havoc and Brokeback Mountain.

2010 had been a very eventful year for her. She acted in the films Valentine’s Day, Alice in Wonderland and Love and Other Drugs. All these films did excellent business. In 2011, she is acting in the film The Dark Knight Rises. In Rachel getting married she acted opposite Debra Winger. Her performance was as brilliant as that of Debra Winger.

She had acted in other films like One Day, Glee, Passengers, etc. She had used her acting skills in addition to her screen presence in sustaining in Hollywood films amongst other talented actresses. The viewers expect her to continue to do great work and explore herself in future.
Posted by Souvik-indrajalik at 11:27 AM