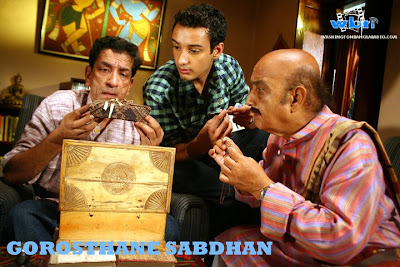 He had died when three of his latest films Royal Bengal Rahasya, Bhuter Bhabisyat and Aalo Chaya had remained unreleased. He had remained a celebrated star of the films Tintoretor Jishu, Bombaiyer Bombete, Gorosthane Sabdhan and Kailashe Kalenkari. All these films were based on the detective stories of Satyajit Ray. He created a great understanding with Sabyasachi Chakravarty as Feluda, and Parambrata Chatterjee as Topse.

Bibhu Bhattacharya became a star in Bengali films from the childhood itself. He played the role of Dhruba in the film Dhruba released in 1953. From that time he acted in many classic Bengali films of the 50s including Rani Rashmoni, Prashna, Bakul, Nababidhan, Ladies Seat, Pudrabadhu and other films. He was liked by the entire Bengali film industry including Uttam Kumar, Chabi Biswas, Malina Debi and many other stalwarts of the golden age.

Viewers are absolutely dejected to know the news of death of Bibhu Bhattacharya who will always live in the hearts of numerous Bengali film lovers as Jatayu.
Posted by Souvik-indrajalik at 8:57 PM