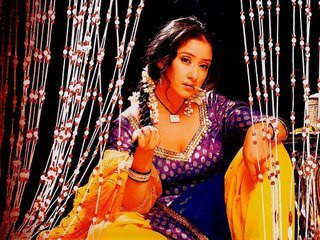 Manisha Koirala had provided proper expressions in the various roles that were given to her. She impressed the viewers with her performance in the film Saudagar, and as a newcomer showed her acting skills in a film where giants like Dilip Kumar and Raj Kumar had acted. She had also done well in Yalgaar, where she acted as the relative of Firoz Khan, who had fallen in love with the brother of Sanjay Dutt, who was the enemy of his family. She danced well in the song “ho jata hai pyar” in the film.

She developed her acting and got decent role in Vidhu Vinod Chopra’s 1942- a Love story. She acted opposite Anil Kapoor, in a story which was based on India’s freedom movement and her father was also the victim of British oppression. The film had very romantic tunes composed by Rd Burman, and the songs “kuch na kaho”, “pyar hua chupke se”, “ek ladki ko dekha”, etc., became landmark hits. She also did well in the film Bombay, directed by Mani Ratnam, opposite Arvind Swamy. It was a film based on the communal riots that took place in Bombay in the early 1990s. She had an affair with Arvind Swamy and as both their families belonged to separate religions, that had to come to Bombay to settle down. Arvind Swamy also had a job there. But the communal riots, destroyed their peace and killed their family members. It was based on real life story and Manisha’s performance was very impressive. AR Rehman provided immortal tunes like “tu hi re” sung by Hariharan. She was sublime in the film Dil Se, opposite Shahrukh Khan, directed by Mani Ratnam, based on separatist movements in North East India. She was part of a suicide squad and even after having an affair with Shahrukh, did blow her up as there was strong hatred against the government. The title song “dil se” was very successful.

Manisha had acted in decent number of films and with different directors. Her other notable films include Champion, opposite Sunny Deol, Lajja, opposite Jackie Shroff, etc. She had done very well opposite Amir Khan in the film Mann. She has Nepalese get up and has a different style of expression. The viewers expect good performance from her in the years to come.

By: Supriya Chatterji.
Posted by Souvik Chatterji at 12:08 PM

Manisha was impresssive in Champion opposite Sunny Deol. She has a unique style of dialogue delivery.
Rumi Chatterji

Manisha had done very well in Dil Se. She showed the hatred towards govt. in the north-eastern states including Arunachal Pradesh.
Supriya Chatterji.

Manisha belong to the roayl family in Nepal. That is the reason she had a royal style of acting also.Her performance in bombay is worth mentioning.
Rumi Chatterji

She is one of sexiest actress in the film industry. She has exposed well in GUPT. She should act in meaningful but attractive roles.