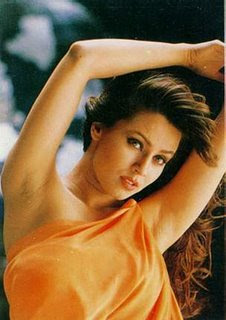 Mahima Chowdhury had created a separate image for herself in her illustrious career in bollywood films. She had done well in a double role in the film Daag –The Fire. She was married to Chandrachud Singh who was a corrupt lawyer who falsely implicated Sanjay Dutt’s father. As a result Sanjay Dutt who was a military officer came and fired at Chandrachud. But Mahima Chowdhury died in an attempt to save her husband. In that tussle Chandrachud lost his memory. His associates found a tawaif which was played by Mahima Chowdhury who had resemblance with Chandrachud’s wife. She was asked to stay with him to bring back his memory. After he regained his memory he reopened the case and proved the truth. Mahima was sublime in both the characters.

Initially she impressed the viewers with her performance in Pardes, opposite Shahrukh Khan. The film depicted the difference of Indian culture with foreign culture. The songs in the film like “yeh dil” sung by Sonu Nigam and “do dil mil rahe hai” were big hits. Mahima performed well in Rajkumar Santoshi’s film Lajja. In that film it was shown even in recent times women in India are denied gender justice. Her father was exploited for dowry, and she ultimately declined to marry the person who did not have voice to protest against his own father about the evil practice. Ultimately a thief, played by Anil Kapoor, married her. It was shown that some of the law breakers have more humanity than the cultured people in society. Mahima also acted in a quiet and subdued role in Dhadkan, with Sunil Shetty and Akshay Kumar. She supported the central characters in the film. She also did well in the film Kurukshetra, opposite Sanjay Dutt. Sanjay was an honest police officer, who had to face corrupt officers and corrupt CM played by Om Puri. Om Puri threatened him to take away his job with all his influence. Mahima had shown her frustration due to all these activities very well. Ultimately Sanjay Dutt killed Om Puri and his friend who jointly formed the government on the day when Ravan, the demon is burnt by Hindus.

The admirers of Mahima Chowdhury expect her to make a comeback as she is not seen much in bollywood films these days, and make significant contribution in character roles in future.

By: Supriya Chatterji.
Posted by Souvik Chatterji at 4:12 PM

Mahima Choudhury had done well in Daag- the Fire, in the role of the tawaif because she had to pronounce fowl language that is used by that part of the society in the later part of the film.
Souvik Chatterji.

Mahima had used the unusual language in Daag - the Fire, very well, the language that is spoken in bastis and bad places. It sounded natural.
Supriya Chatterji.