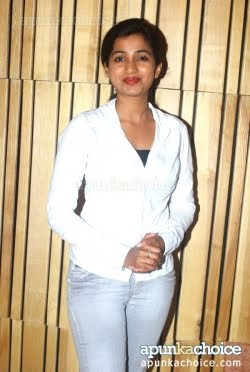 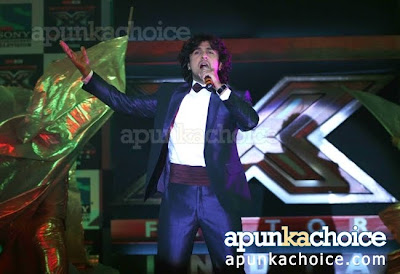 She had been one of the judges along with classical singer Sonu Nigam and creative director Sanjay Leela Bhansali. On 16th August, 2011, the judges kept the theme of lovers day special.

Every participant in the program like Amit Jadav, Kartar Singh, Deewana Group, Nirmeeti Group, Sajda Sisters, and others sang songs keeping in mind the romantic theme of the day. Shreya Ghoshal sang the brilliant song “lagja gale” so well that Sanjay Leela Bhansali hugged her and he too sang one line from the song. Shreya Ghoshal confessed that she had been great admirer of composer Madanmohan and the combination of Madanmohan and Lata Mangeshkar. So she sang one of the songs to show her respect towards both of them.

Sanjay Leela Bhansali had guided the singing groups Nirmeeti, Sajda Sisters and Deewana Group very well from the beginning. Nirmeeti Group had been the most innovative group of the lot and even mesmerized composer Pritam with their innovative performance in the song “haal kaisa hai janab ka”. Deewana Group had been masters of sufiana songs. Sajda Sisters had been a very polite and cultured group and always sang the songs with dignity.

Shreya Ghoshal is probably one of the most soft spoken, polite singers of Indian industry. She had showed utmost respect to old singers like Kartar Singh. She had trained Radio Jockey Geet Sagar also very well.

The participants should do even better in the forthcoming rounds.
Posted by Souvik-indrajalik at 6:50 PM