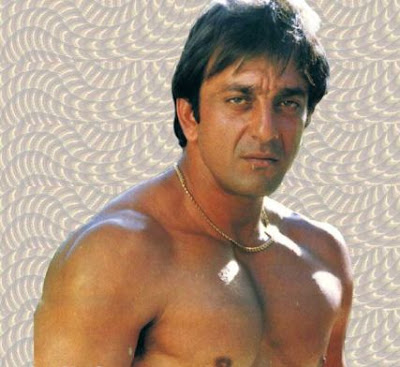 The viewers of bollywood films wish happy birthday to Sanjay Dutt on 29th July, 2011. For the last 30 years, Sanjay Dutt remained one of the actors who had a very steady box-office.

While his first film Rocky was successful in the early 80s, he struggled to create a name till his film Naam with Kumar Gaurav struck box-office. He did undergo a makeover and from the late 80s, his long hair and muscular body changed his career. His performance in the role of a handicapped poet in the film Saajan opposite Madhuri Dixit was well appreciated. The film ended up being blockbuster with hit songs like “mera dil bhi kitna paagal hai”.

Sanjay Dutt’s action films always created an impact in the minds of the viewers. The hit films included Sadak, Khalnayak, Daag –The Fire, etc. He received the filmfare award for the best actor for his performance in the film Vaastav.

Sanjay Dutt and Vidya Balan formed one type of such an unique pair who had been accepted by the viewers of bollywood films. Sanjay Dutt got the scope of performing opposite Vidya Balan at middle-age as opposed to his performance opposite Madhuri Dixit in during his young age in films like Thanedaar, Saajan, Khalnayak, etc.

In Pradeep Sarkar’s Parineeta, Sanjay Dutt’s role was based on the character of a middle aged person who was considerate about the family of Parineeta. Although Vidya Balan was attached with Saif Ali Khan according to the classic literature of Sarat Chandra Chatterji, Sanjay Dutt’s contribution was even greater in the film than Saif Ali Khan. All the songs in the film composed by Shantanu Moitra ended up being super hit, including Sonu Nigam and Shreya Ghoshal’s song “piyu bole”.

Lage Raho Munnabhai was probably the greatest hit film of Sanjay Dutt in his entire career. He was a bhai ( underworld don) who pretended to be a Professor and impressed Vidya Balan who was attached to an old-age home. He impressed her with his knowledge on Gandhiji. Mahatma Gandhi’s soul instructed Sanjay Dutt to follow his path related to ahimsa.

The romance in the film was related to matured level of understanding. Sonu Nigam’s song “pal pal pal pal pal pal”, was a landmark hit. After that song Vidya Balan slapped Sanjay Dutt after reading the letter where he mentioned that he was not a Professor. The film with Vidya Balan forgiving Sanjay Dutt for the lies he said to her.

In 2011, Sanjay Dutt’s film Double Dhamaal did mediocre business. But the positive reviews that were received in the film were about Sanjay Dutt, Kangana Ranaut and Mallika Sherawat. 2011 has a lot in store for Sanjay Dutt. The films which are going to be released in 2011 include Rascals, Agneepath, Chatur Singh Two Star, Power and Koochi Koochi Hota Hai.

The viewers are looking forward to more films of Vidya Balan with Sanjay Dutt, as the pair had shown matured level of performance which touched the hearts of millions of viewers all across the world. Sanjay Dutt these days had restricted himself in acting in action films, so if he signs romantic films, the producers and directors should think about Vidya Balan who suits him better than any other actress of bollywood industry.
Posted by Souvik-indrajalik at 5:46 PM