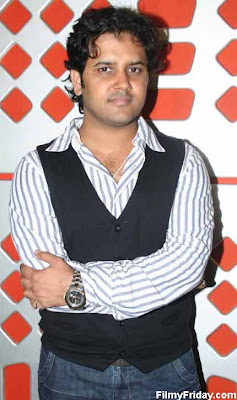 
Irresponsible voting had led to exit of talented singer Veda from Zee Saregama Little Champs program. She had been one of the contenders of the champions’ title. Brilliant singer and mahaguru Alka Yagnik became upset due to the exit of Veda.

The child participants are singing brilliantly one after the other. But the audience also should vote very responsibly so that the best singer can get the title of Zee Saregama Little Champs. No praise can be limited for the judges Kailash Kher, Javed Ali and Adnan Sami and Alka Yagnik who had trained the child participants so well. There is a surprise on 30th July, that is the appearance of brilliant singer and music expert Suresh Watkar. Let us hope that the child participants perform even better before him.
Posted by Souvik-indrajalik at 8:49 PM