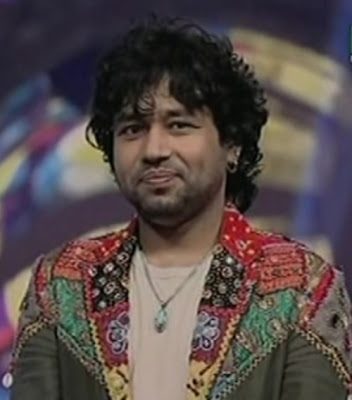 The viewers of bollywood films and the listeners of music wish happy birthday to versatile singer Kailash Kher on 7th July, 2011. He is presently one of the judges of music competition Zee TV Saregamapa Little Champs. He teaches the child singers along with other judges Adnan Sami and Javed Ali, and the performances of the child singers are finally judged by Mahaguru Alka Yagnik. The program had unearthed musical talents from different parts of the country including a child classical singer named Asmat who had amazed everyone.

He sang the landmark song “o sikandar” from the film Corporate. He sang a number of high-pitched song in the film Mangal Pandey – the rising. His song “yah rabba de de koi pyar bhi agar” from the film Salaam-e-ishq” composed by Shankar Ehsaan Loy mesmerized the audience. Also his song “teri deewani” sung under the band Kailasa had been extremely popular.

He performed in North America in 2007 in a concert named “The Incredibles” along with Sonu Nigam, Kunal Ganjawala and Asha Bhosle. Composer AR Rehman had said that when he heard Kailash Kher for the first time he understood that the voice was the voice of a pure soul. Kailash Kher also speaks in very ornamental hindi and high amount of humbleness.

His march is on. The viewers expect him cross new horizons in future, show his versatile classical touch more and the jugglery of high pitched voice more in the films in future.
Posted by Souvik-indrajalik at 6:00 PM

If I had not seen the program ZEE TV Saregamapa Little Champs I would never had known that Kailash Kher speaks so well. His hindi is very ornamental. He guides the children and also defends them like a tiger. The country expects a lot from the giant singer.
Souvik Chatterji.

Kailash Kher has a lot to give to the bollywood industry including songs and good music.
Souvik Chatterji.