Kangana Ranaut has many releases in 2010. 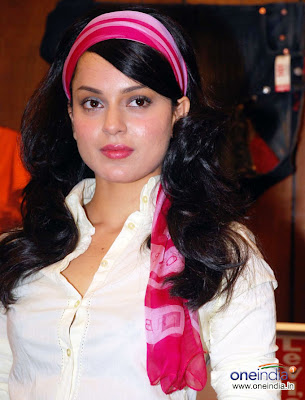 Kangana Ranaut has many releases in 2010.

Kangana Ranaut, the winner of National Award for supporting actress in the film Fashion, has many releases in 2010. In Indian films, focus always is directed towards the lead actresses. The middle-group of actresses lose their recognition inspite of brilliant performances.

It has been seen during the 70s and 80s, actresses like Aruna Irani, Bindiya Goswami, Reena Roy, did not get their dues inspite of playing the second lead roles, second to the main actresses’ performances. Same has happened with actresses of the last few years like Kangana Ranaut, Neha Dhupia, Isha Koppikar and others. They had given memorable performances but credit was taken away by Katrina Kaif, Priyanka Chopra and other frontline actresses.

In 2010, Kangana Ranaut had acted in many films, where her individual performance may get appreciated. She did well in guest role in the film Kites opposite Hrithik Roshan in the first part of the year. The film did not do great business, but her performance was appreciated.

She had played the role of a journalist in the film Knock Out which will be released in first week of October, 2010. She is going to act opposite to veteran actors Sanjay Dutt and Irfan Khan. She already did well in the film Once Upon a Time in Mumbai which had been released recently.

There are few factors relating to Kangana Ranaut which no one can dispute. Firstly she is very beautiful. Secondly she had experimented with many challenging roles at the early part of her career, like Raaz – The Mystery Continues opposite Imraan Hashmi, which many actresses would not have done. Actresses generally want to stay in the comfort zone of dealing with romantic stories.

If the viewers appreciate Kangana Ranaut’s all round skill, she will be one of the lead actresses in future competing with Katrina Kaif, Priyanka Chopra and others. The viewers wish their best for Kangana Ranaut’s new releases.
Posted by Souvik Chatterji at 9:16 PM