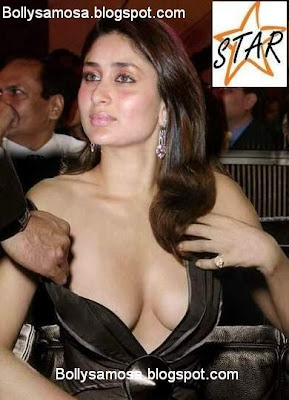 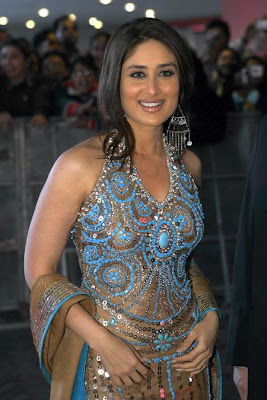 She started her career with the film Refugee with Abhishek Bacchan. In that film she played the role of a pardanashin muslim girl of Pakistan. It was a big task on the part of Kareena to perform opposite stalwarts like Jackie Shroff, Anupam Kher, Sunil Shetty and others, who were experienced actors and Kareena Kapoor rose up to the occasion and received good reception from all sections of the viewers. Within short time she adapted herself to different types of roles in films like Mujhe Kuch Kehna Hai opposite Tushar Kapoor, Yaadein opposite Hrithik Roshan, Ashoka opposite Shahrukh Khan, to name a few.

After two three years her films started flopping, and she bounced back with an off-beat role in the film Chameli. She received the critics award for the best actress in filmfare. From that time she never looked back. Most of her films opposite Shahid Kapoor had been super hit including Chup Chup Ke, 36 China Town and Jab We Met.

She received the filmfare award for the best actress for her effortless performance in the film Jab We Met. The film was related to the romantic relation of her with Shahid Kapoor. All the songs in the film became super hit including “yeh ishq hai”, “nagara nagara”, “tujhse hi tujhse hi”, etc. At the same time her films opposite other stars were appreciated. She was successful opposite Salman Khan in the film Kyon Ki. She was sublime opposite Ajay Devgan in the film Omkara and Golmaal Returns.

In 2009, her film Kambakht Ishq opposite Akshay Kumar did medium business. But she had two mega releases for which the viewers are awaiting anxiously. One was Mai and Mrs Khanna opposite Salman Khan. The other was The Three Idiots opposite Amir Khan. While the first one did mediocre business, the second one broke all bollywood records to do more than Rs 200 crores business. Kareena Kapoor was sublime in the film in the role of the daughter of Boman Irani. She had already two releases in 2010, including Milenge Milenge and We Are Family. She is looking forward to the release of Golmaal 3 which is going to be released soon.

The viewers expect Kareena Kapoor to stand the competition created by beauty queen Katrina Kaif and steady performer Priyanka Chopra in the coming years and emerge victorious.
Posted by Souvik-indrajalik at 8:54 PM