Dabaang is set to break the record of The 3 Idiots. 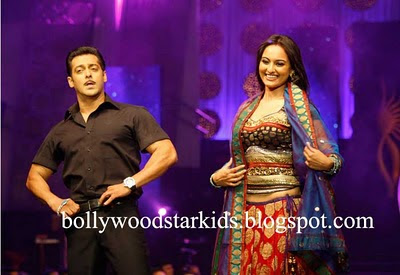 Dabaang is set to break the record of The 3 Idiots.

Salman Khan’ s Dabaang is all set to break the record of The 3 Idiots. The film had been released few days back. Within the first weekend the film had earned around Rs 50 crores in one week.

The record is very significant considering the immense success of the 3 Idiots in the last year. The film had done business of more than 200 crores and set a all time record in the history of bollywood cinema. Dabaang has to go a long way to actually equal the record of The Three idiots.

But Salman Khan can be very happy about the proceedings. Firstly he had come up after the debacle of the big budget film Veer which did mediocre business. Secondly the news of Katrina Kaif leaving him and getting separated had been made public. In that scenario Salman Khan required a super hit film desperately. Dabaang had answered his critics.

But after he met Sonakshi Sinha, the daughter of Shatrughun Sinha, his life changed. Om Puri, Sonu Sood and Anupam Kher were brilliant in their own roles. The music of Sajid Wajid was brilliant. Especially their song “tere mast do nain” sung by Rahat Fateh Ali Khan had become super hit. Recently in the program of Little Champs, Sonu Nigam had invited Rahat Fateh Ali Khan to be the judge and sing few songs. He had made Sonu Nigam also spellbound with his independent harkats. The other successful songs in the film included “chori kiya re jiya” sung by Sonu Nigam, Shreya Ghoshal and “munni badnam” sung by Mamta Sharma and Ishwarya Nigam.

The film has all the masala for entertainment. Abhinav Kashyap, the director, Arbaaz Khan, the producer, and Salman Khan, the main actor had done a great job and require credit for giving another blockbuster to bollywood in 2010.
Posted by Souvik Chatterji at 8:56 PM

This film is a complete set of action and dialogue is also Comedy.The good.But awesome.The act Salman Khan steals the show, after a long mustache. Film have relay deserve to broke old record.

Salman Khan had spoken the Bihari language also to perfection. He has proved his elegance in westernized roles.Now he had succeeded in rural roles as well. He should keep up the great work.
Souvik Chatterji.