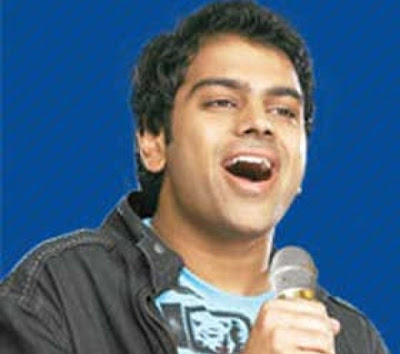 Sreeram Chandra of Hyderabad, had won the Indian Idol 5 competition yesterday after defeating Rakesh Maini and Bhoomi Trivedi in the grand finale. All the three finalists had put of brilliant performances for the last few months.

Composers Anu Malik and Salim Merchant and singer Sunidhi Chauhan were the three judges who adjudicated the show for the last few months and did a splendid job in searching and unearthing singing talents all across the country. The entire task is very difficult. Besides, public voting generally had been bit unpredictable. But the judges had tried to see that the best talents were shortlisted. In fact, Anu Malik, Salim Merchant and Sunidhi Chauhan had used their veto power in one of the rounds to bring back Rakesh Maini, who was voted out by the audience, considering his brilliant performance.

As far as Rakesh Maini was concerned, his voice was very sweet and romantic. He had sung many romantic numbers like “janeman janeja” which was Rafi’s song from the film Teesri Manzil, “na ja kahin ab na ja” also sung by Rafi in the film Mere Humdum Mere Dost, to name a few. Bhumi Trivedi had got a new type of voice, which was idol for both western songs and folk songs. The voice had been unique and new. She sung few Gujrati rap songs as well.

Sriram Chandra rightly became the Indian idol 5. He had sung different types of songs right from classical, to folk to western songs. The way he sang the song “breathless” with Shankar Mahadevan on stage, he had made everyone speechless. He had already established himself as playback singer in South Indian film industry. His Indian idol crown may give him recognition in bollywood industry.

Viewers and listeners want the Indian idol winners or finalists to shine in playback world in bollywood films. The winners in the past like Abhijit Sawant or Sandeep Acharya had not created any impact in the career of leading singers for the last 5 years. The playback world still is dependent on veteran singers like Sonu Nigam, Udit Narayan, and other new stars like Javed Ali, Atif Aslam, etc.

If the new generation singers from Indian idol platform are given opportunities by notable composers like AR Rehman, Anu Malik, Salim Sulaiman, Shankar Ehsaan Loy, Vishal Shekhar, etc., may be the world of playback singing can have more variety. Time will tell whether the Indian idol winners will really make an impact in the bollywood industry.
Posted by Souvik Chatterji at 7:00 AM