Peepli Live had been a brilliant project. 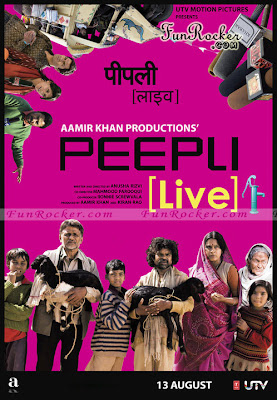 Peepli Live had been a brilliant project.

The film Peepli Live had been a brilliant project. Amir Khan in the past had showed that he was least bothered about bollywood rat race or commercial viability of projects. He was only interested to work with good films.

Peepli Live, the new film that had been produced by him reinforced his brilliant stand. He actually had walked in the footsteps of tragedy king Dilip Kumar. In the last 5 years he had acted in least number of films. He had produced and directed very few films. But his films always were positively accepted by viewers.

Anusha Rizvi had directed the film with realistic endeavour. The film had been a satire related to the suicide committed by many villagers in Central India for many reasons. The role of the media had been criticized seriously in the film.

The actors and actresses who performed in the film did a brilliant job. Naseeruddin Shah, Raghuvir Yadav, Shalini Vatsa, Malaika Shenoy were matchless in the film. Many of the performers in the film had been adivasis of Madhya Pradesh. They hardly required to act. Whatever they had done was natural.

The song “mehengai dawan” sung by Raghuvir Yadav was also full of social message. The film had competed in Sundance Film Festival. The only thing that was subjected to criticism was the raw language used in the film.

Even then, to show realistic picture of many social issues in the country, the director thought that the words could not be replaced. Whatever may be the justification, the film had examined a number of social concerns.

In that respect it had been a brilliant effort. Viewers should watch the film.
Posted by Souvik-indrajalik at 9:30 PM