Kishore Kumar had been remembered on his birthday. 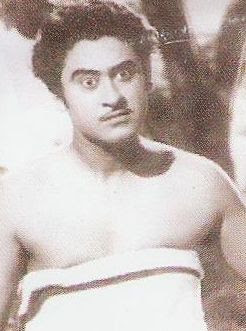 Kishore Kumar had been remembered on his birthday.

Kishore Kumar had been remembered on his birthday on 4th August, 2010. Kishore Kumar, the master entertainer had been one of the most colourful personalities of bollywood who just became more and more and more popular over the years, now it is almost 21 years after his demise. In respect of his acting performances hardly any actor even dared to imitate him as his improvisations were spontaneous. The part that is followed by numerous singers all over the country is his singing style.

When KK acted as hero in bollywood films he showed his acting capability even in playback singing like the song “c a t cat, cat mane billi” in the film Dilli Ka Thag. He brought out all the sounds of the animals that were named in the song. In the film Chalti Ka Naam Gari, in the song “paanch rupaiya bara ana” he imitated SD Burman and in every paragraph he had created a new style which justified the lyrics. In Half Ticket he showed the childishness in the song “chil chil chillake” composed by Salil Choudhury, which became very popular among children. He even sang the ladies version of the song “o sawariya” in the film Half Ticket, when he was teasing Pran during a song sequence.

All his innovations created history when he concentrated in playback singing only in the 70s. He made the audience realize that he was singing for Dev Anand, or Rajesh Khanna or Big B, to name a few. His songs “gata rahe mera dil” from Guide, “roop tera mastana” from Aradhana, “kuch to log kahenge” from Amar Prem, “tere mere Milan ki” from Abhimaan have created history over the years.

In the 80s, it was KK all the way, when he had no competitors. All his songs in Big B’s film Namakhalal, Sharaabi, became record hits. Even in Rishi Kapoor’s Sagar, his song “sagar kinare” had romantic appeal. Composers like RD Burman, Bappi Lahiri, Rajesh Roshan could not think about any composition without KK. He became the legend of legends and all the actors of the 70s and 80s are indebted for his colourful playback.

After his death Kumar Shanu, Abhijeet, Vinod Rathod, Babul Supriyo and other singers had established themselves by following his style of singing. It has not happened with any other playback singer of bollywood. His styles were very entertaining, romantic and filmic.

Articles after articles can be devoted to the master entertainer and it can be said that he had remained alive all over the years in his numerous films and thousands of songs. His films and songs should be preserved.
Posted by Souvik-indrajalik at 5:42 PM