Shahid Kapoor listens to loud music to de-stress himself. 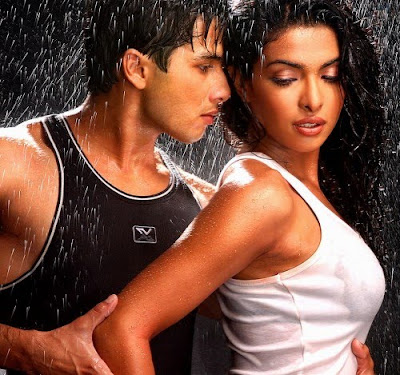 Shahid Kapoor listens to loud music to de-stress himself.

Shahid Kapoor recently gave an interview before Film Street Journal on 17th August, 2010. There he said that he listens to loud music, drinks black coffee, roams in the roads in the early morning at times when he feels stress of life. All are the ways in which he de-stresses himself.

He disclosed before media that due to the fact of his father Pankaj Kapoor being a Hindu and mother Neelima Azim being a muslim, he learned the religion of tolerance and he respects every human being. He also said that he is least bothered when his films flop or become hit. He had realized that hits and flops are part of every star’s career. He neither got too overwhelmed with success of Jab We Met and Kaminey; or got frustrated with Chance Pe Dance.

He had shifted his focus to the working in Pankaj Kapoor’s film Mausam opposite Sonam Kapoor. This had been Pankaj Kapoor’s directorial debut. He had made a love story which is going to be released soon.

Shahid Kapoor disclosed before the media that he had assisted his father during the making of the TV serial Mohandas BALLB. The TV serial became very popular in the late 90s. Every week, Pankaj Kapoor came up with a crime-thriller and the way in which he solved the mystery, it required a lot of innovative talent. Besides the serial was shot at exotic locations near Shimla, Manali and other hill stations.

Shahid Kapoor is also slated to go for foreign tour with Katrina Kaif, Priyanka Chopra and others. The young generation are big admirers of Shahid Kapoor. They wish their best for his upcoming film Mausam opposite Sonam Kapoor.
Posted by Souvik Chatterji at 9:24 PM