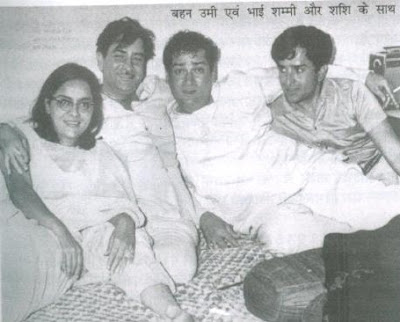 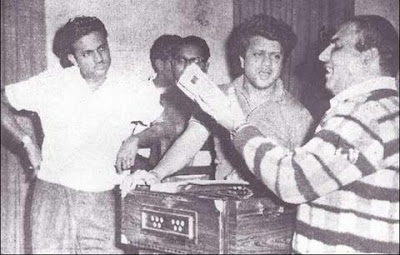 If Rafi’s songs sung for Shammi Kapoor are remembered for the loud music and melo-dramatic dance numbers, there were lot of songs which were ever romantic and touched the hearts of the viewers. In the film Junglee, Rafi’s songs “ehsaan tera hoga mujhpar” and “meri yaar shabba khair” had very melodious appeal and the sweetness of Rafi haunted the listeners for years.

Even the western numbers of Shankar Jaikishan for Rafi stole the hearts in the 60s. In the film Janwar, Rafi’s number “meri muhabbat jawan rahegi” and “humko hai tumse pyar” had been the most romantic songs in the film, where the landscape of Kashmir and Rafi’s melodious voice complimented each other. In the film An Evening in Paris, Rafi’s songs “akele akele kahan ja rahe ho” and “raat ke humsafar” were the most romantic numbers which were more melodious than the loud numbers which equally became hits.

In Shammi Kapoor’s Jawan Muhabbat, the song “jawan muhabbat jahan jahan hai” was very romantic. The last film where Shankar and Jaikishan worked together for Shammi Kapoor included Andaz. The songs “dil use do jo jaan de de” and “re mamma re mamma re” were brilliant both in form and orchestration. It was very unfortunate that Jaikishan died in 1971,and after that Shammi Kapoor also added weight and switched to character roles in films like Zameer, Parvarish, etc. The magical combination of Shankar Jaikishan, Shammi Kapoor and Rafi ended and the era of romantic songs also suffered a set back.

The songs and the films of the legendary combination of Shammi Kapoor, Rafi and Shankar Jaikishan should be preserved.
Posted by Souvik Chatterji at 6:05 PM