Salim and Sulaiman are great composers. 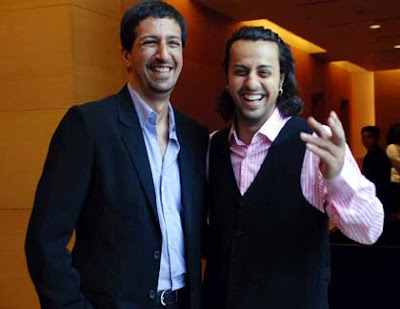 Salim and Sulaiman are great composers.

Both the brothers Salim Merchant and Sulaiman Merchant, known as Salim Sulaiman are great composers during present period of time. They rose to fame after composing music for Kaal. The songs were very meaningful and added flavor in the suspense thriller.

They also gave successful music in the film Fashion. Although Madhur Bhandarkar’s film was related to negative traits in the fashion industry, the music of Salim Sulaiman captured the off-beat theme.

These days Salim Merchant is seen as judge in Indian Idol Show in Sony Television Channel, along with Anu Malik and Sunidhi Chauhan. Salim’s immense musical knowledge had helped in bringing out the musical voices in the country.
The viewers expect Salim Sulaiman to independently give even better scores in future in bollywood films.
Posted by Souvik Chatterji at 8:00 AM