Rajneeti will end up being blockbuster. 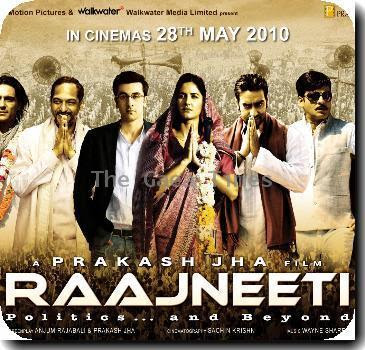 Rajneeti will end up being blockbuster.

The film Rajneeti will end up being blockbuster. The film produced by Ronnie Screwvala and directed by Prakash Jha is slated to release in June, 2010.

Katrina Kaif played the role of a woman who was already there in politics and wished to sacrifice her life for the cause of development of the country. Arjun Rampal was a person, who never wanted anyone to fight for India. He showed the state of mind in the entire film.

Arjun Rampal’s own brother Ranbir Kapoor, who came from foreign country showed a different mindset. He felt interested to help the cause of the country through politics.

A very key role had been played by Nana Patekar in the film. The other major actors in the film included Manoj Vajpai, Nana Patekar, Naseeruddin Shah, etc. All had given power-packed performances.

The film has all the ingredients for being successful. Katrina Kaif had shown that if she gets opportunities she can show her acting potentials. She had added acting in the list of positive attributes which previously was only restricted to height, complexion and beauty.
The acting capabilities of Naseeruddin Shah, Nana Patekar, Manoj Vajpai do not require any new introduction. Prakash Jha had used his team of actors and actresses very well.

The film will address both the intellectual audience and the commercial audience. Viewers are expecting the release of the film in June.
Posted by Souvik-indrajalik at 8:28 AM